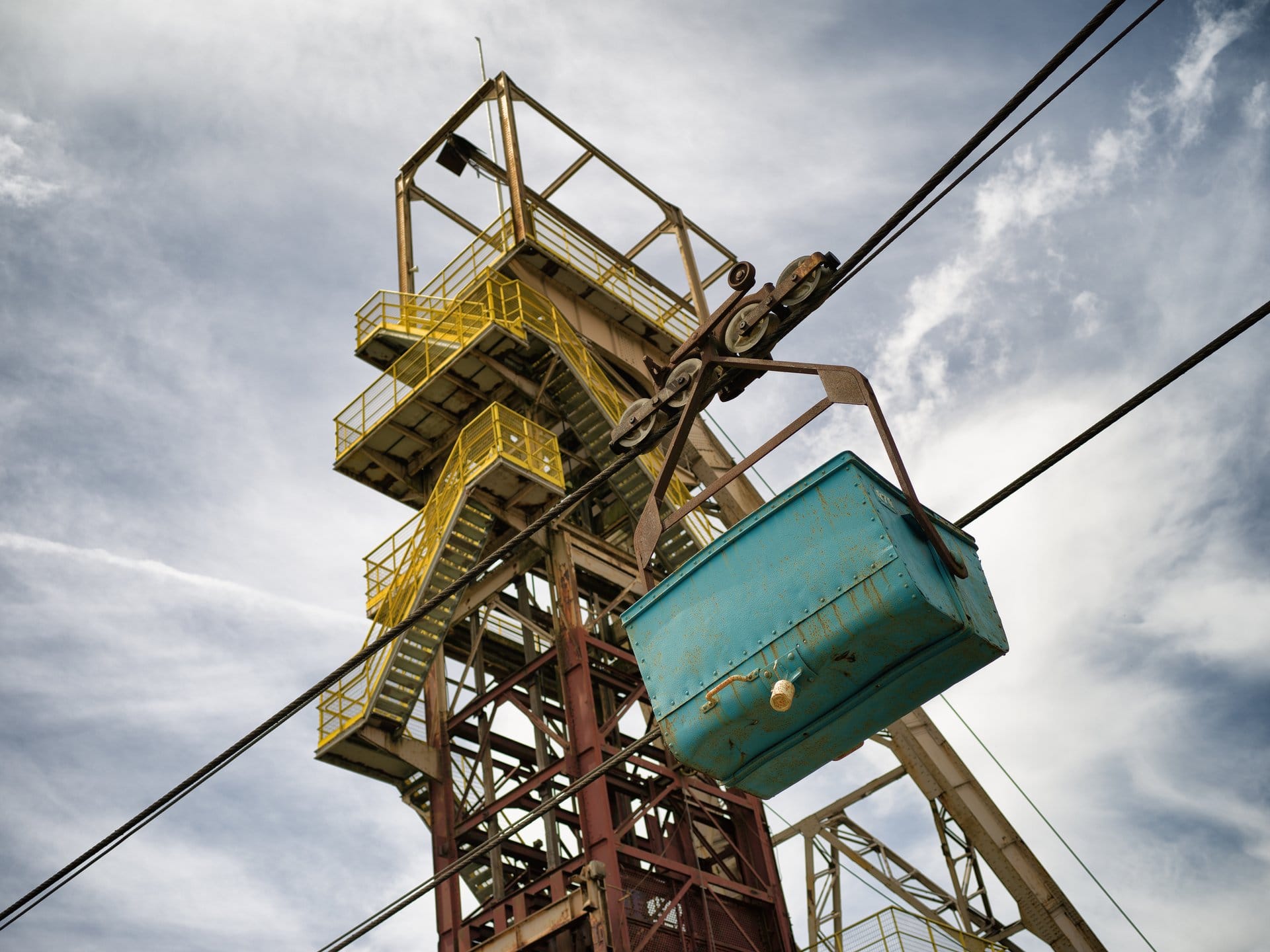 The Mining Museum in Aumetz

While visiting the Mining Museum in Aumetz, one discovers the history of mines, the daily life of miners and their different tasks. We visited this industrial heritage site and had the opportunity to speak with one of the visitors.

We are located in the Grand Est region (formerly Lorraine) in France, at the gates of the Aumetz mine museum. The former iron ore mine was founded at the end of the 19th century. The first ore conveyor device was built in 1897 and was operated with a steam engine. From the year 1900 the ore was extracted there for almost a century and the miners of the region certainly executed a very intense, but lucrative profession.

The mine closed permanently in the mid-1980s. However, while the mine was being dismantled, the last remaining miners initiated the idea of creating a museum in remembrance of this historical period. Today, together with the Neuchef mine, the Aumetz mine is part of an open-air museum of iron ore mining. While Neuchef shows how the work was done underground, Aumetz shows how the ore was mined above ground.

During our visit to the museum, we met a young man who appeared to have had an intense visit. We decided to ask him a few questions:

Is our impression misleading or do you seem a little tense?

I would say “tense” is the wrong word, but I have to say I am deeply impressed. I took a trip back in time, to the past. You can literally feel the hard work that people were doing in the past at this site.

Personally, this is of great interest to me because my great-grandfather was a miner and my family has told me many anecdotes from that time. However, seeing it all for myself was different and a more intense experience.

How did you feel as you moved around the site?

I felt that I could really step back in time. Everything is so well preserved and presented. On the pictures, I could see how young the workers were. Some were not yet 18 yet which really touched me.

During the visit, I found out that the last active miners were involved in the design and conception of the museum. I thought this was a great idea and you can feel it in every room.

The presentation of the miners’ tools shows how hard men must have worked before manual labor was mechanized by technical improvements such as conveyor belts, ore crushers or loading and digging machines.

What impressed you the most?

What strikes me the most is the importance that was already given at the time to the safety of miners, in order to avoid accidents and disasters. Today it almost all works automatically but at the time, you had to know exactly who was in the mine, where and when. Each miner therefore had a badge which he was given before entering the mine. In order to known exactly who was on and off duty.

Safety also meant making sure there was enough fresh air for miners. This was ensured by a sophisticated ventilation system that can still be seen today at the entrances to the tunnels.

How do you imagine life at that time?

Over the past two hours, I have gleaned a tremendous amount of respect for what the miners have accomplished. On one hand, it was a difficult and deprived period which frequently put the lives of the miners in danger. On the other hand, the miners contributed to the economic development of the region. We should not forget that before the discovery of ore deposits, there was nothing here. The people were poor and had nothing. It was the same for my great-grandfather. This passion and courage is felt in all the rooms of the museum as well as in all the preserved remains of this period.

Workers suddenly had homes for themselves and their families. As we walked through the reconstructed accommodation, I was impressed with their authenticity. At the time, people did not live in luxury and only one of the rooms in the house was heated. Everything was done in the same room: living, eating, reading the newspaper, and even drying the laundry. Although it is hard to believe nowadays, at the time this lifestyle was a huge improvement for the people of this region.

What are you going to remember?

I have acquired a lot of knowledge about this important period, that is for sure. But I also bought a book entitled “Musée des Mines de fer d’Aumetz et de Neuchef”. It documents the entire history of mineral extraction with impressive pictures. It will definitely help me to preserve the memories of that time.

Giele Botter – back to nature