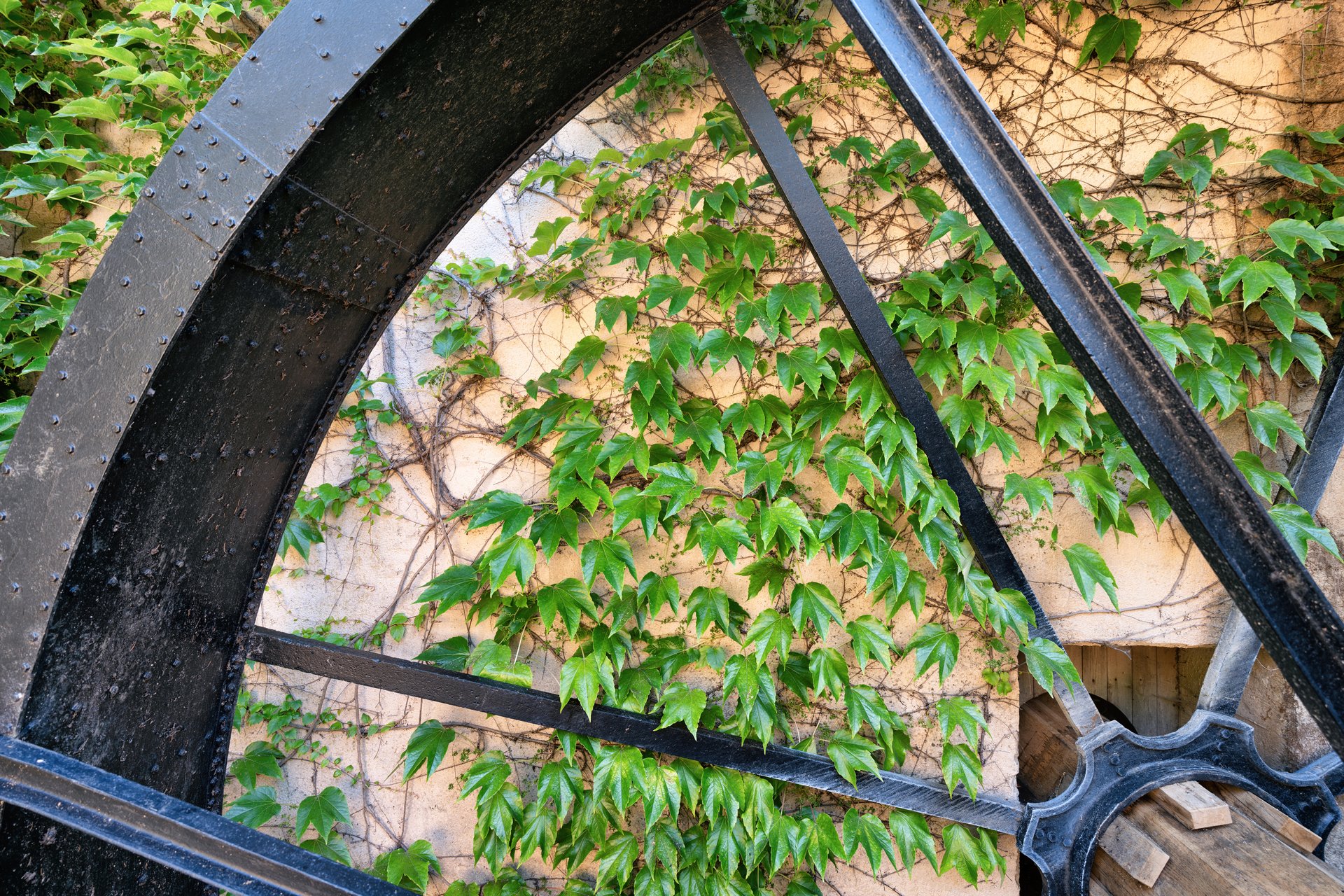 Beautiful Lamadelaine watermill, one of the last historic mills in the Grand Duchy, is a must-see within the commune of Pétange, close to the Belgian and French borders.

It was meticulously and expertly restored by the governmental Sites and Monuments department at the end of the 20th century. The mill is easily accessible via Rue du Moulin, bordered by charming fishing ponds and nestled in a verdant natural setting at the foot of what was once Titelberg, the main oppidum of the Treveri people. This is a charming place to get away from it all.

The mill is living testimony to the industrial heritage of southern Luxembourg and listed in the supplementary inventory of buildings classified as national monuments. It first appears as a country house, with an old-fashioned charm and ivy-covered facade, through which we enter to find the mill behind. This was the home of Jean Franck, its last miller, Millejängi in Luxembourgish. Legend has it that he was unmarried and lived with a tamed cock and dairy cow. His was a simple life, essentially devoted to the mill and flour production. Pétange tourism manager, Guy Kummer, recounts how older people in Lamadelaine still remember the miller: “we used to tell children we’d send them to Millejängi if they didn’t behave!” An effective threat, if the yellowed photos on the walls of the little house are anything to go by: the old man with bent back and enigmatic features would certainly have made an impression…

Discovering the place where Millejängi lived is a journey back in time. A time marked by hard manual labour, loneliness and close connection with nature and the elements. The last master of the place was born at the mill, in 1883. After the death of his father, himself a miller, he went abroad to learn the trade, returning a few years later to devote himself entirely to the mill, embracing his somewhat hermitic nature. Moving from room to room, we get a great insight into what his living quarters were like. Rather Spartan, truth be told: a small tiled entrance with a fire stove (and Millejängi’s bedroom), a functional kitchen and, above all, the restored millstones upstairs. We are likely to linger here for a while, admiring the feats of mechanics and engineering. Exiting the mill, we can take in the big wheel, stroll around the garden or relax by the pond. The view of Titelberg invites us to take a walk and explore the Celtic remains, a perfect add-on to our mill visit.

A mill through the centuries

The mill’s history has a wealth of twists and turns. Its first appearance in historical records dates back to 1442. It was originally an oil mill, as shown in a cadastral document dated 1770, and was transformed into a flour mill powered by water from the river Echelsbach at the beginning of the 19th century.

Until the Thirty Years’ War, the mill was successively owned by Johann Franz von Gondersdorf and Hans Dietrich von Lontzen. These families did not operate the mill themselves but transferred the rights to a farmer in return for an annual fee. Attacked by the Polish army in 1635, the mill was confiscated, and its precious millstone taken by the sisters of Differdange Abbey, who used it to restore their own mill, which had also been destroyed during the war. In 1684, Philipp Ernst von Reiffenberg bought the village of Lamadelaine from his brother and leased the mill to Nicolas Aspelt, who was obliged to rebuild it at his own expense. In 1770, Peter Philipp Joseph von Reiffenberg leased it to Peter Franck, who was authorised to use water from the pond to turn the millstone.

During the French Revolution, the lords had their property confiscated, allowing the Franck family, the farmers of yesteryear, to acquire the mill. It would remain in their possession until 18 November 1954, when miller Jean Franck (Millejängi) sold it to the Pétange town authorities, retaining lifetime rights to its use. In 1987, the town authorities put the mill up for auction. It was bought by a private owner, who proceeded with comprehensive renovations that, by 4 October 1991, enabled it to begin grinding wheat again.
Today, Lamadelaine mill is operated by the commune of Pétange, which organises cultural, educational and tourist events, and used by Lasauvage Nature School.