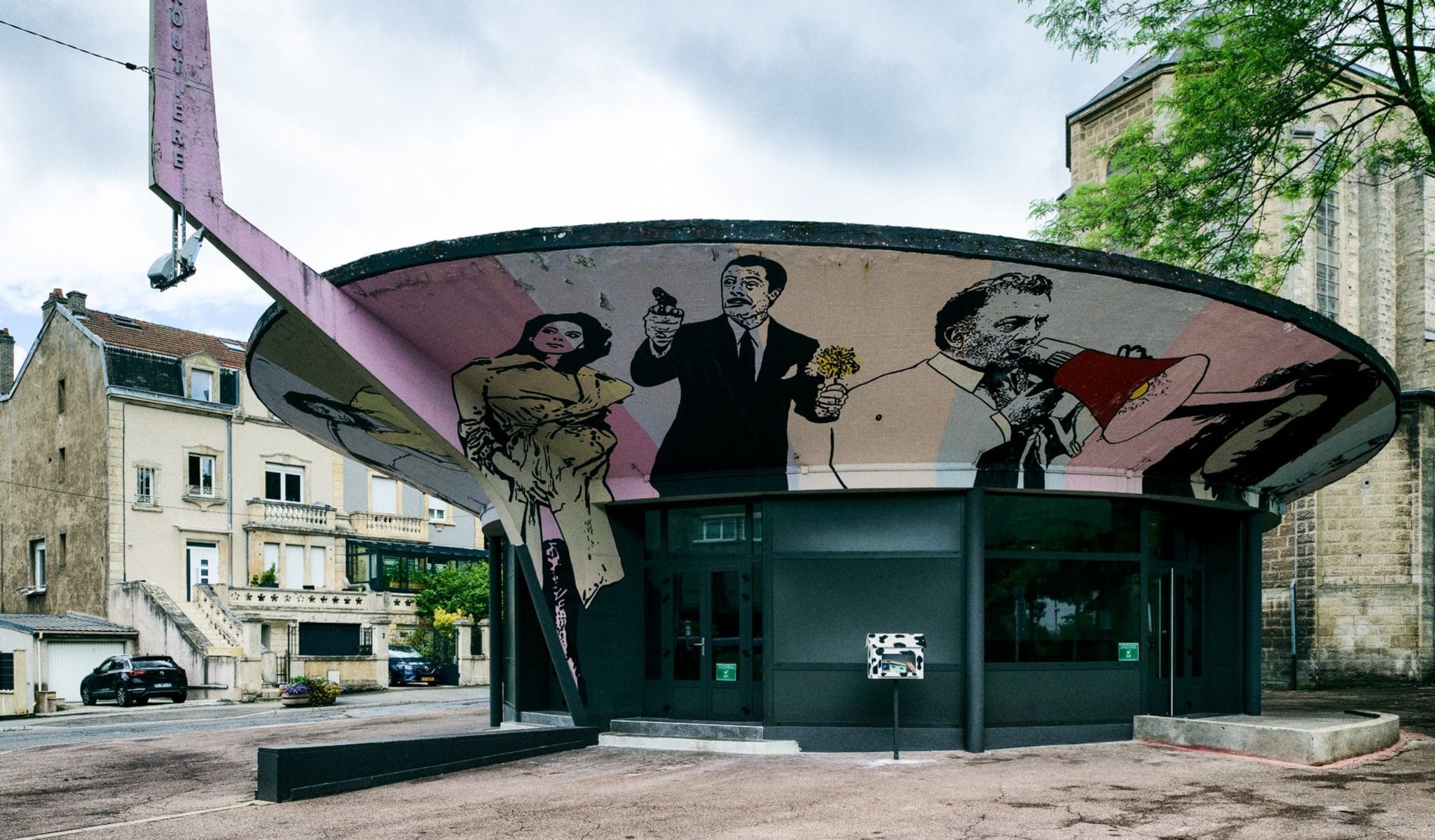 Every autumn Villerupt town organizes a unique Italian film festival. Thousands of visitors gather in this small French town to attend this prestigious event and celebrate Italian cinema. In 2021, they will do so for the 44th time.

From village to leading steel town

Today, Villerupt, with its almost 9800 inhabitants, is situated in the French départment of the Meurthe-et-Moselle, south of the border with Luxembourg and close to Germany and Belgium.

This Lorraine town has been marked by a turbulent past. After the 1870 Franco-German war, the “Grand Est” region was divided up, with the East annexed to Germany and the West remaining French. But as from 1880 fortune totally changed this small town’s destiny. It was then that the first iron ore mines opened and this quiet town with its 561 inhabitants quickly became an important industrial location within the French economy. The arrival and growth of the steelworks revealed that this agricultural region was unable to provide enough workers. In order to fill the shortage of manpower and keep the French economy going, the town introduced workers from abroad and between then and the 1970s, its population, mostly Italian immigrants, grew dramatically. In 1966, the town counted 16.300 inhabitants.

The beginning of a long film tradition

Over time, the families of the Italian immigrants shaped the history of the industrial town and so it was that a group of young film lovers took the initiative and launched the “Italian Film Festival” which is well known and well established today. Having presented all kinds of films (such as Westerns, sci-fi etc.) during a number of weekends, these film buffs, being children of immigrants, wanted to return to their heritage by showing Italian films. So they organized over a period of several days, showings of Italian films in their original versions with French subtitles. This enabled them to reach a great number of spectators (3500) and contributed to the festival’s success. The rest is history.
Over the past 40+ years, the Villerupt Film Festival, which attracts over 40.000 visitors each year, has become a must-event for film buffs. It lasts two weeks and the place offers a very special atmostphere by bringing together visitors from all over the Lorraine region and the Grande Région. During that time, visitors can chose from a wide range of evening programs, from Italian cine-films to meetings with film makers and invited guests who come to disturb the otherwise quiet town. Over 200 volunteers help to keep up this long tradition and offer the local Italian community as well as the festival goers a place where they can share and exchange. This year, the festival which is considered to be one of the links that bring French and Italian cultures together, will open its doors for the 44th time on ……..2021.

Today, there is little to remind one of Villerupt’s industrial past. But there are the workers’ estates in Butte, which were built in 1907 and in front of the Villerupt Town Hall, you can see a roll stand that was once used in the old Micheville works to make rolled products and an old locomotive that in days gone by transported iron ore can be found across the road from the Armand Sacconi Library. In 2006, Villerupt joined the CCPHVA, a body that brings together many of the smaller towns in the region. As the biggest town in that body, Villerupt is in charge of the delegation that deals with cross-border relations. Apart from the film festival, which is a major cultural rendez-vous, the creation of an intertown economic activities zone, the building of new residential estates and contributions to the preservation of the natural heritage, Villerupt works hard at creating new prospects for its multicultural community. Within the framework of the film festival, the cultural centre the “Kulturfabrik” in Esch-Alzette (Luxemburg) also proposes daily showings of films, concerts and culinary specialities.

For further information on the festival and its program, please visit: https://festival-villerupt.com/

More information
Off the beaten path

Dudelange – The mirror in the black frame