Join us on the 22nd of December to celebrate the European Capital of Culture at the Rockhal (Esch-Belval, Luxembourg) and L’Arche (Villerupt, France)!

Esch2022 with its 19 participating municipalities invite you to the closing of the first chapter of the European Capital of Culture. An exciting evening to rewind the sounds and colours of Esch2022, play some outstanding performances and forward the legacy of Esch2022 to those who shape the future of the region. 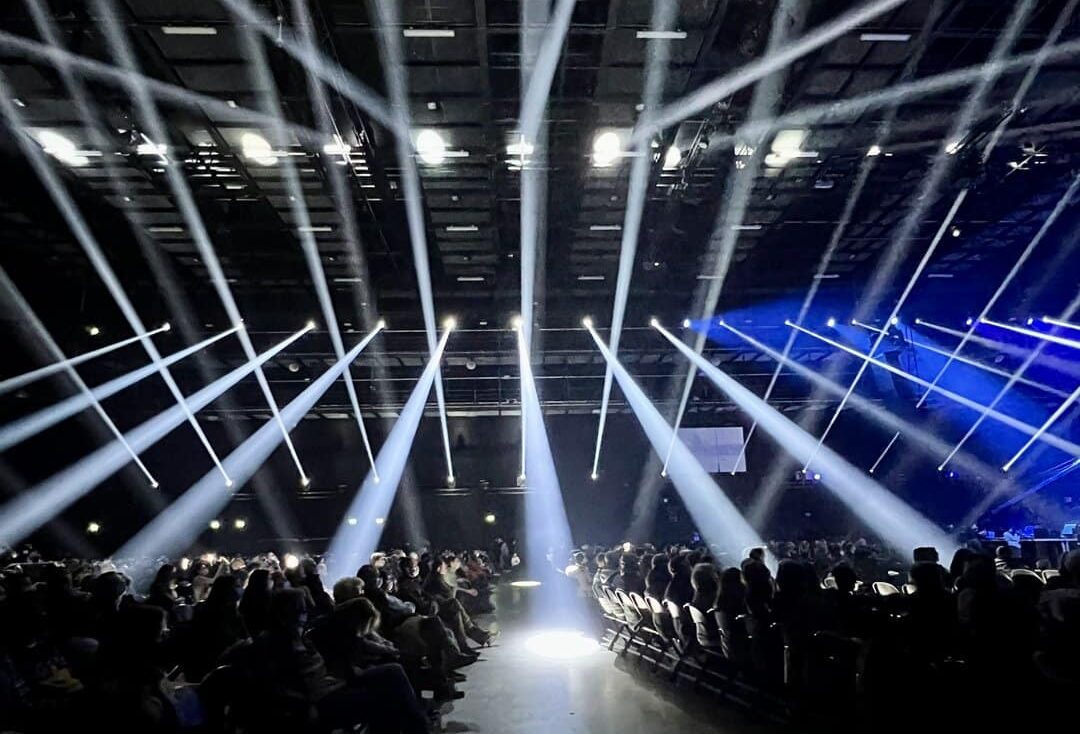 The whole Esch2022 family gets together to look back at the thousands of events that shaped the European Capital of Culture. Mayors, stakeholders of the cultural sector, artists and citizens will share their highlights of Esch2022 during several dialogue sessions.

As at the opening ceremony, the musical ensemble Future Frequencies, created especially for Esch2022 and consisting of 8 locally recruited musicians, and the Compagnie Les Passagers will launch the annual Esch2022 REWIND-PLAY-FORWARD retrospective. Shows coupled with music and performances illustrating the cultural diversity of the south – the participating municipalities and local actors aim for an emotional evening with video shows and immersive visual and sound experiences through flashbacks, flashforwards and round tables.

The thread of the REWIND-PLAY-FORWARD – Year in Review consists of twelve presentations by local and national actors based on key themes for the region. The participating Esch2022 municipalities and local actors present their cultural and tourist highlights of Esch2022 and give a first overview of the legacy of the title year for the years to come. The focus will be on artistic achievements, newly created places, cultural enhancement of existing places, new virtual and digital horizons, artist residencies, sustainable projects, immigration stories, culture, industrial heritage, local traditions, cross-border and international cooperation with Kaunas and Novi Sad, tourism and Europe. The experience should be highlighted by local music, art, acrobatics and gastronomy.

A cocktail reception will be offered to the participants between 20:00 and 21:00. 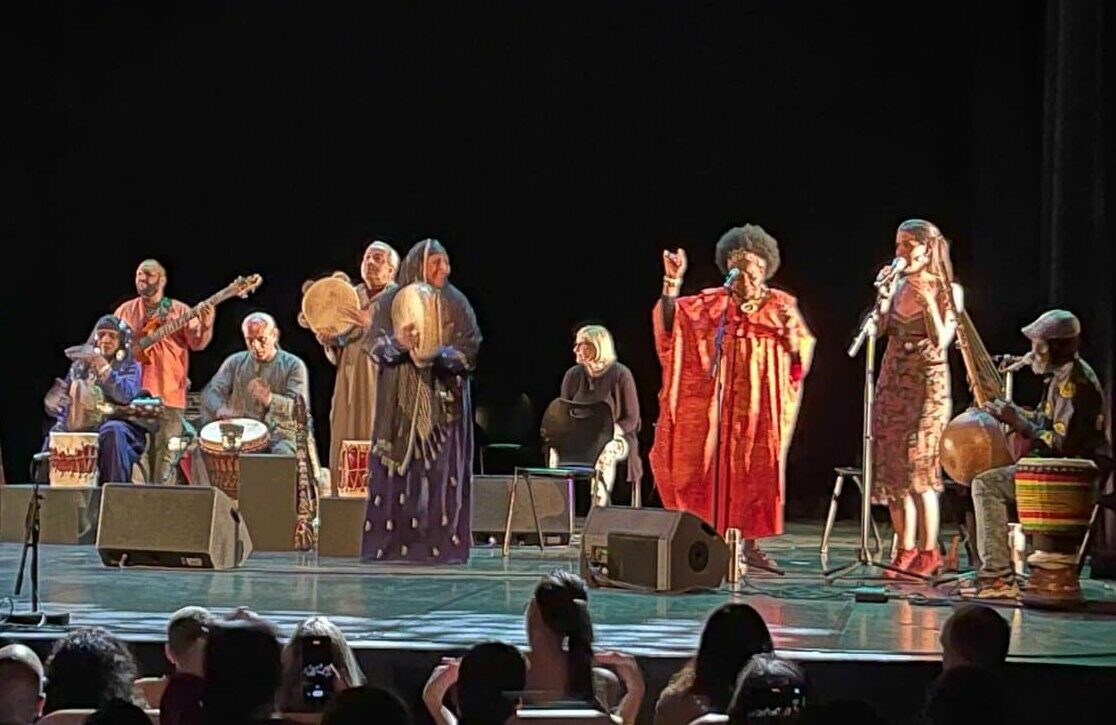 Make way for the artists who have made their mark on Esch2022! This is an opportunity to see or re-see the performances that have thrilled the region in recent months.

The Apéro Littéraire is presented by 5 professional musicians and actors as well as 5 amateurs from the Esch2022 project “Rêves d’Europe” of the municipality of Bettembourg. A show of songs and theatre on the theme of Europe. The show is based on the work of Laurent Gaudé, winner of the 2004 Goncourt Prize, and presents extracts from : “Nous, L’Europe, le banquet des peuples”. It presents the dreams of Europe that may have sprung up in authors as different as Erasmus, Jean-Jacques Rousseau, Victor Hugo, Stefan Zweig, Jules Romains, Robert Desnos, Céline, Jean-François Billeter, Simone Veil and Robert Schuman.

The BELONG project, revolving around European and world music, aims to preserve the world’s cultural heritage while promoting understanding and intercultural exchange through folk art, creating synergies between multidisciplinary and multicultural art forms. Through the Esch2022 project, musicians and artists have come together through a series of courses, boot camps and workshops to celebrate the art and music of their countries and cultures and bring them together in unique artistic creations.

Capoeira Team Luxembourg exemplifies sport, dance and inclusion. Within the framework of Esch2022, capoeira classes and Afro-Brazilian dances (maculélé, jongo, puxada de rede, samba de roda) were offered to the general public through the project “La Roda”. On a huge stage in the south of Luxembourg, the participants performed the dance steps they had learned.

Altercadance presented the PONT INVISIBLE project as part of Esch2022. The choreographer and dancer Modestine Ekete unfolds in poems an invitation to enter the world of women as mothers, workers and immigrants. She tells us about her career, about her feeling of integration in Europe and especially in Luxembourg. Dance, theatre, song, music, fairy tales and reading are the common thread of AlterCadance’s workshops, which are based on African gestures and forms of expression.

The cross-border project La Jungle – Collaborations Brutes (Belgium-France) is a cross-border pop, rock and electro music project supported by the Communauté de communes Pays Haut Val d’Alzette (CCPHVA). Within the framework of Esch2022, the project united the FrancoFolies of Esch-sur-Alzette, the Belgian trans-noise duo La Jungle and the Institut Médico Éducatif of Aumetz. Accompanied by the Parisian collective Brut Pop – Music Education and Inclusion, the young people of the Institute and the group La Jungle met during a joint sound piece. After several residencies in Luxembourg and France, several tracks were presented in the framework of FrancoFolies 2022 in Esch -sur- Alzette and in L’Arche (FR).

For their ninth season, Désoeuvrés and E(s)chauffés are invading the south for events that are part of the urban, playful and multidisciplinary continuity of the project while exploring the themes and particularities of the year of the European Capital of Culture in 2022. For the first event, the artists will take over various bars in the city of Esch, forcing literature to leave its ivory tower in order to go and meet places where the layers of the population mix. For the second event, the authors will have worked with local musicians in order to present together texts that are topped with music, which develop, surrounded by sounds, unheard-of directions. 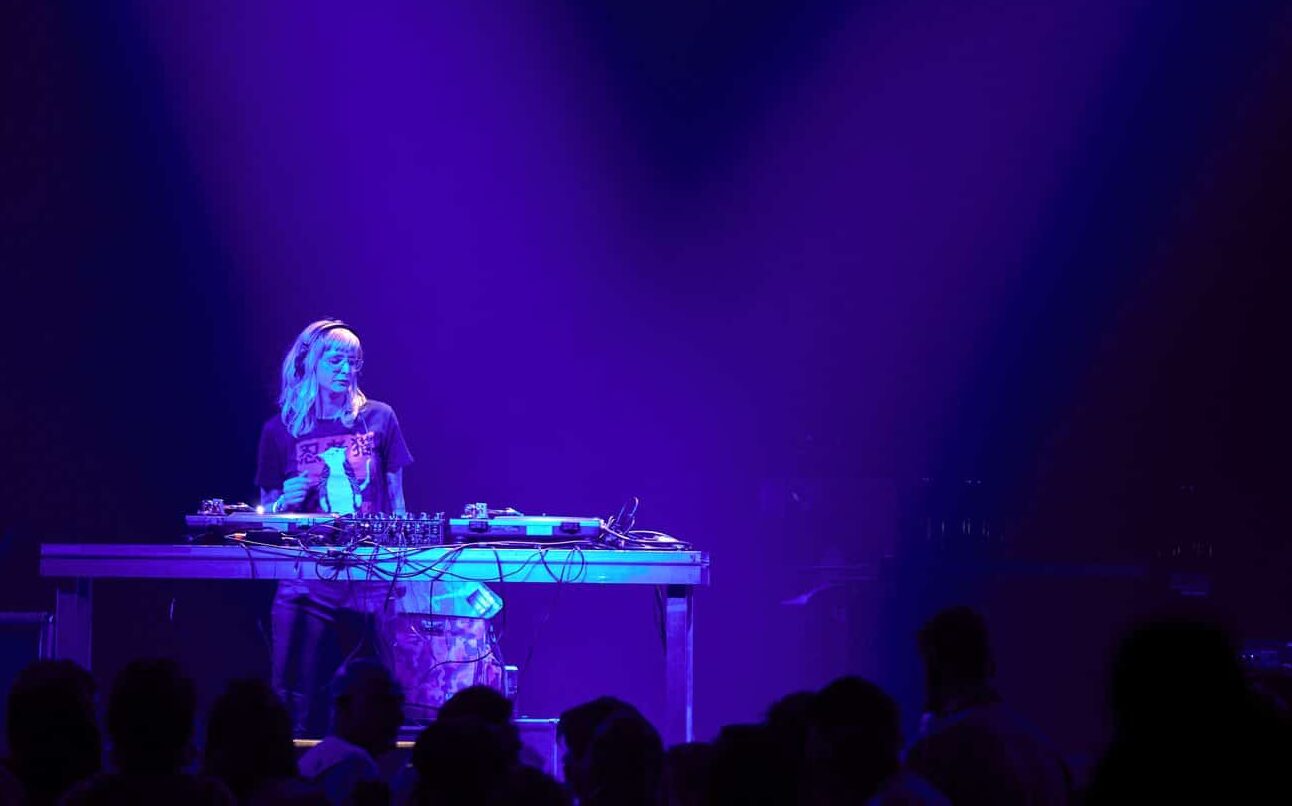 The party continues on the other side of the border! Hop on the bus to France and dance the night away to the pulsating electronic beats.

Miss Sappho
His style can be described as melodic and rhythmic with powerful bass. An eclectic mix of deep house, tech house, acid and progressive sounds, combined with melodies and vocals.
Let yourself be carried away into her world, you are welcome…

La CREOLE
La CREOLE is a multidisciplinary collective dedicated to the influence of mixed cultures.
Carried by a big family of DJs and dancers, it is the fusion of these creative souls that ignites the eponymous party that has been rocking Paris since January 2018.
The perfect fusion between a sound system and an underground techno party, all sprinkled with carnival energy and a hint of voguebeats.
Afro beats, bouyon, kompa, funky uk, gabber, zouk, cumbia, techno, electro, dancehall, Gwoka, Hip Hop, socca…
Fully animated by dance and sharing, we celebrate diversity in terms of gender, origin, sexual orientation and more… The will of the collective is to gather and transmit this mix in an inclusive way.

Bernadette
Appreciated for her DJ sets and her multi-faceted productions, the Grenoble native frees herself from genre restrictions. She moves happily between House, Funk, Acid and Italo disco music, to Rave, passing by more spasmodic rhythms between Breakbeat, UK Bass, Jungle & Bass Music… all with a disconcerting ease.

La Zintrie
La Zintrie was created in 2017 by a team of enthusiasts. This collective is bound by a common project: sharing a passion, energizing spaces, striking spirits and surprising them with discovery. One of their greatest assets is their musical diversity, which is reflected in their events and artists centred on three styles: Techno – Bass – House

Exhibitions in Esch-Belval (opposite the Rockhal) will be open until 10 pm: Between 5 and 10 pm, take a ride on the Time Travel bus to relive the history of the Belval site in augmented reality. Duration of the trip: 15 minutes. Free tickets can be booked online at sightseeing.lu or at the Visitor Centre.

You can find covered bike stations near the “LIST” in the “Avenue des Hauts-Fourneaux” in the immediate proximity of the Rockhal.

“mBox” bicycle parking: An “mBox” is located near the “Belval-University” station. It has a total of 16 covered and secured spaces.

If you want to come to Belval by car, we recommend carpooling.

For those who stay longer than the last bus or train or who still want to go to “L’Arche”, we recommend the following parking lots:

Consult all the schedules on www.mobiliteit.lu

Then follow this road which goes around the Norma supermarket on the right.

Free shuttles will run between the Rockhal and L’Arche every 15 minutes between 4:00 pm and 3:30 am. The shuttle buses are accessible to people with tickets for the event. Please contact us (accessibility@esch2022.lu) if you wish to use the buses with a wheelchair. 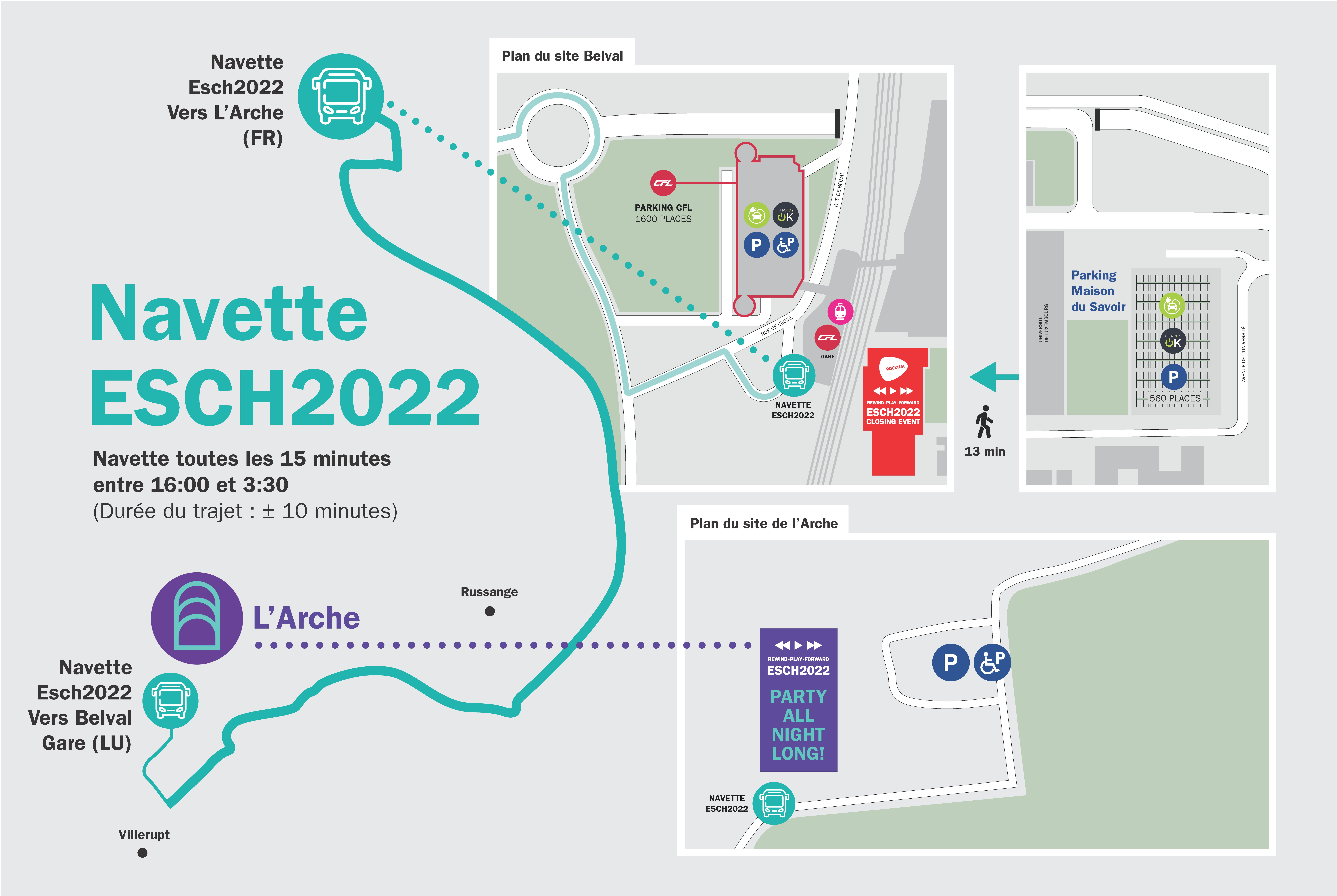 All the speeches are translated into sign language (German).

Seats with induction loops for hearing aids (amplified signal recovery) are provided and indicated at the Rockhal.

For more information, do not hesitate to contact us: accessibility@esch2022.lu

The topic of sustainable development is becoming increasingly important in the culture and events sector. For this reason, Esch2022 has internalized and applied the sustainability charter of “ELO”, developed in the framework of the European capital of culture. Discover the actions of “ELO” and its 6 thematic priorities on www.elo.lu, visit the mobile information stand and meet the “ELO” team.