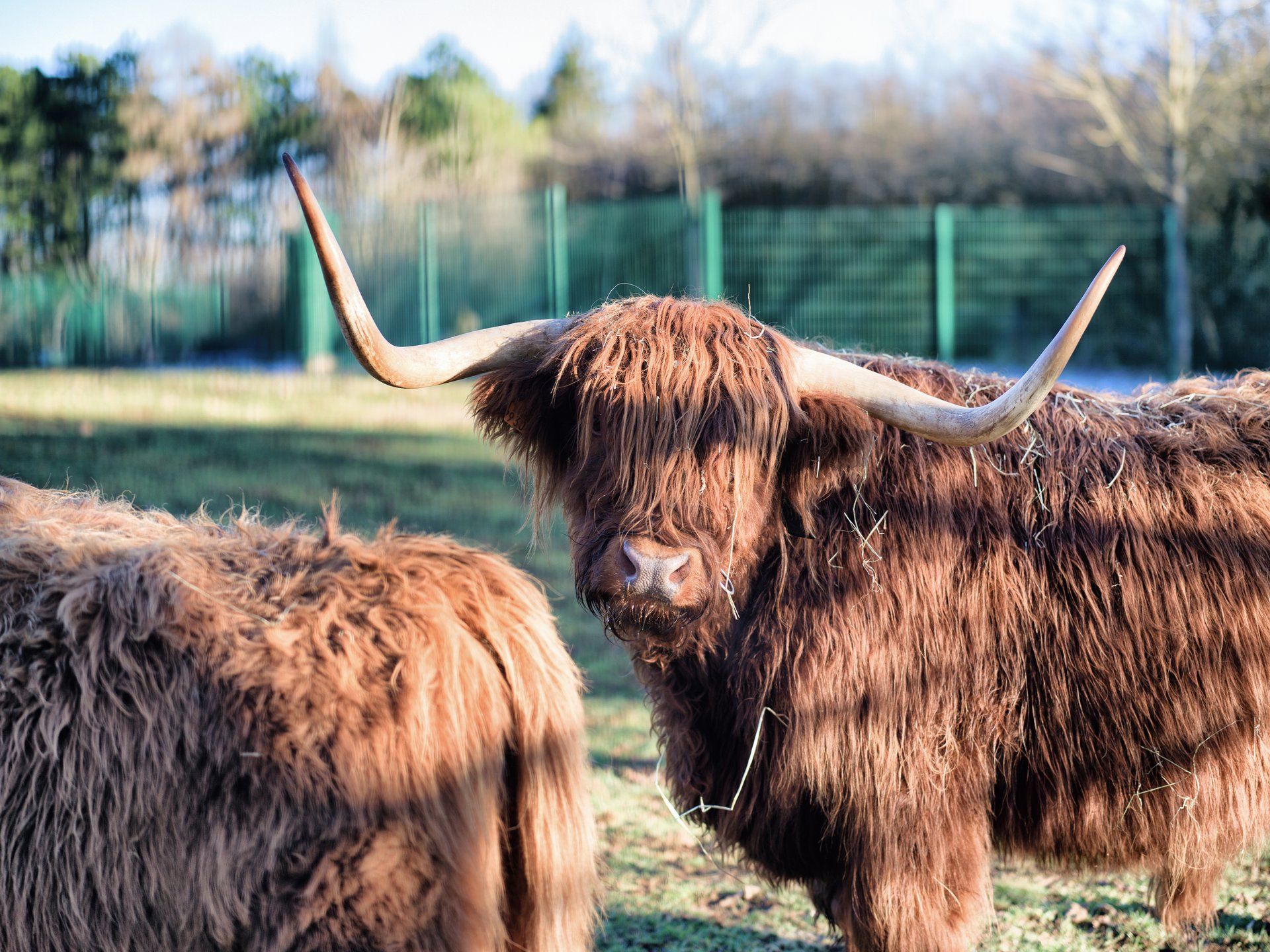 Escher Déierepark, just a stone’s throw from Esch town centre, is open all year round, free of charge and easily accessible via the railway station bridge. It’s a magical place where children and adults alike can relax and enjoy an unspoilt natural setting within walking distance of the hustle and bustle of town. The animal park is an integral part of Esch’s municipal park – a series of “French-style” flower gardens and forest trails. Visitors are invited to discover a whole series of domestic and wild animals.

A real Noah’s ark
The park offers a rare chance to get close to its menagerie of residents, in an environment that’s completely safe for young children. Deer, goats, raccoons, rabbits, chickens, guinea pigs, peacocks and sheep are just some of the hundred and fifty animals, divided into twenty-five species, that share this two-hectare area. You’ll feel like an explorer as you walk the trails surrounding the vast enclosures. It’s as if time stands still – watching the animals in their natural habitat is a total joy! Little paths and secret passages make discovering the park a real adventure. From trail to trail, unexpected discoveries await. You might find a tunnel to crawl through or climb, taking you from a pig pen to a lavish aviary. Don’t forget to stop and admire the long-haired Highland cattle.
The most daring visitors can opt for a guided tour, “Um Heemelwee”, ushering you right into the goats’ enclosure. These acrobatic beasts are curious but friendly and happy to be stroked, to the delight of children and adults alike!
The park also has some original play facilities, in close proximity to the animals! Another nice touch is the bags of animal feed available at the park entrance.

For a great end to this unusual walk, the “Escher Bamhauscafé” bistro, nestled among the trees, is a small, friendly place to eat, placing the emphasis on regional and organic products. There are also certain local products for sale, including Escher Hunneg, the local honey.

If you love unusual experiences and wish to extend your adventure, you can even sleep here, in a treehouse! The “Escher Bamhaiser”, located at the heart of the animal park, offer several surprising guest houses perched in the trees, for an unforgettable night or two. The playfully designed wooden accommodation combines nature, adventure, and safety, for up to 4 or 6 people.

The animal park is also a convenient starting point to discover the vast Gaalgebierg hill area, which is not only home to the municipal park but also a vast forest with several walks and hikes, campsite, football stadium and natural ice rink. The name Gaalgebierg, literally translated as hill of the gallows, originated in the 17th century. Macabre but true, this hill was the precise location of the first gallows to be erected by the ruler of Esch in 1676 (under King Charles II of Spain). He had the right to use whips or swords on citizens and sentence them to death by hanging. Such a fate was inflicted upon the first citizen of Esch that very same year. He was beheaded and hung by his feet from these gallows.
Don’t be alarmed, however – nothing remains of the hill’s dark past. It’s now a real haven of peace.