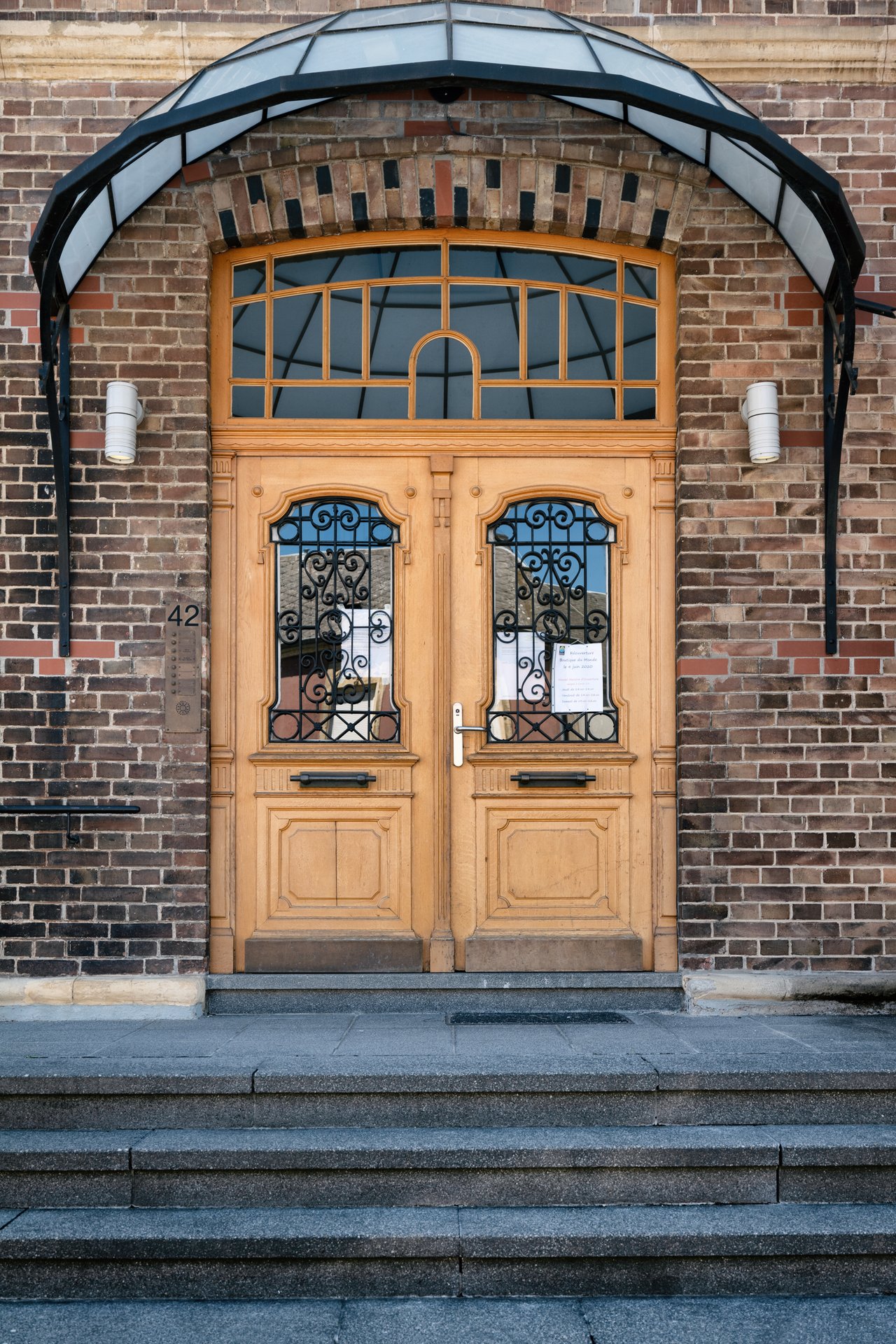 Back and forth to childhood

When planning our trips, it is essential for us that all members of our family have their own activity. We adults want to broaden our horizons a bit and get to know the region we are visiting. Children must be able to have fun and play, so that they can also develop their joy of traveling and avoid getting bored. This is why it is important that in our projects, there is enough time for everyone, in order to also meet the needs of the children.

But what we all have in common is that we love to do things together and discover new places. Here in Bettembourg, there are so many possibilities to discover exciting things or to get lost in enchanting places. The parks are splendid. The castle, located opposite the market square near the church, invites you to relax, when the weather is nice, and was obviously on our list.

The park and the Villa Jacquinot in Bettemburg

Our day began with a visit to the Jacquinot Park, a beautifully maintained complex, with a majestic brick villa which sits on the edge of the park.

Bettembourg was not at the time a traditional industrial city as we know them in the south of the country. However, for many industrialists, the advantage was that Bettembourg was located at a railway junction and near a marshalling yard. Since the inauguration in October 1859 of the first railway line linking Luxembourg to Thionville, via Bettembourg, many companies realized the opportunity to settle in the municipality, and consequently the number of inhabitants of the city rapidly doubled.

Among them was Charles Jacquinot. At the end of the 19th century, he saw great possibilities for investment, thanks to industrialization, and founded his clay brick factory. While Bettemburg bricks were originally only produced in temporary fuel ovens, Charles Jacquinot was able to increase production tremendously from 1898 and was able to deliver quickly. A large number of the bricks produced in Bettemburg went to Luxembourg city and even today you can see houses built with bricks from Bettemburg. Just like the villa itself, of course. The park and the villa are also considered part of the cultural heritage of the city.

It was not until 1969 that the clay brick factory was closed. The red-brown building of the villa now houses the “Weltbuttek”, the multimedia center and various associations. Regular meetings are also held there, generally dealing with environmental issues in the region. The villa, the park and the pond next to it are no less picturesque. These attract not only the inhabitants of the town but also vacationers and travelers like us.

You should be a child in Bettembourg

Here is the conclusion of our children; because with a dozen playgrounds located in the city, the children could often decide to accompany us or, first, to let off steam a little. Because there is always a playground nearby. They particularly appreciated the playground located in Jacquinot Park. It is a beautiful facility that has play equipment for all ages and invites you to relax. When they noticed that turtles were living in the pond, they wanted to spend the rest of the day here.

In fact, only the Parc Merveilleux, which is about 20 minutes (on foot) from the Villa Jacquinot, can match the Parc Jacquinot. This park also fascinated us adults. This is not only due to the fairy tale characters like Little Red Riding Hood or Sleeping Beauty, which are shown there, and which catapult you straight into childhood, but also the combination of that with the live animals that you can admire there. While walking in the enclosures, one can discover the animal world of the five continents: with wild cats from South America, Maki monkeys from Madagascar, African jackals, round jaguars, and deer from the Philippines; the wild animals have found a new home here. In the zoo school, one can learn how to treat animals and how to feed them. The children were captivated.

Beside that, we learned of the existence of a special system that was developed to feed the animals: Thanks to plans illustrated by pictograms, more than 60 employees with learning disabilities who have worked in the park for years can also participate in the feeding of the animals.

After another lap on the playground, we all suddenly felt an intense hunger that wanted to be satisfied quickly. The choice was great and it was hard to decide, simply because there are so many multicultural culinary possibilities to be discovered here. While our little one wanted to eat Italian, our son argued for Asian and we adults wanted to eat French cuisine.

We finally opted for a small restaurant offering deliciously well prepared Franco-European dishes. At “EdenGreen”, the plates were beautifully decorated and the dishes freshly cooked. The perfect end to a great vacation day.