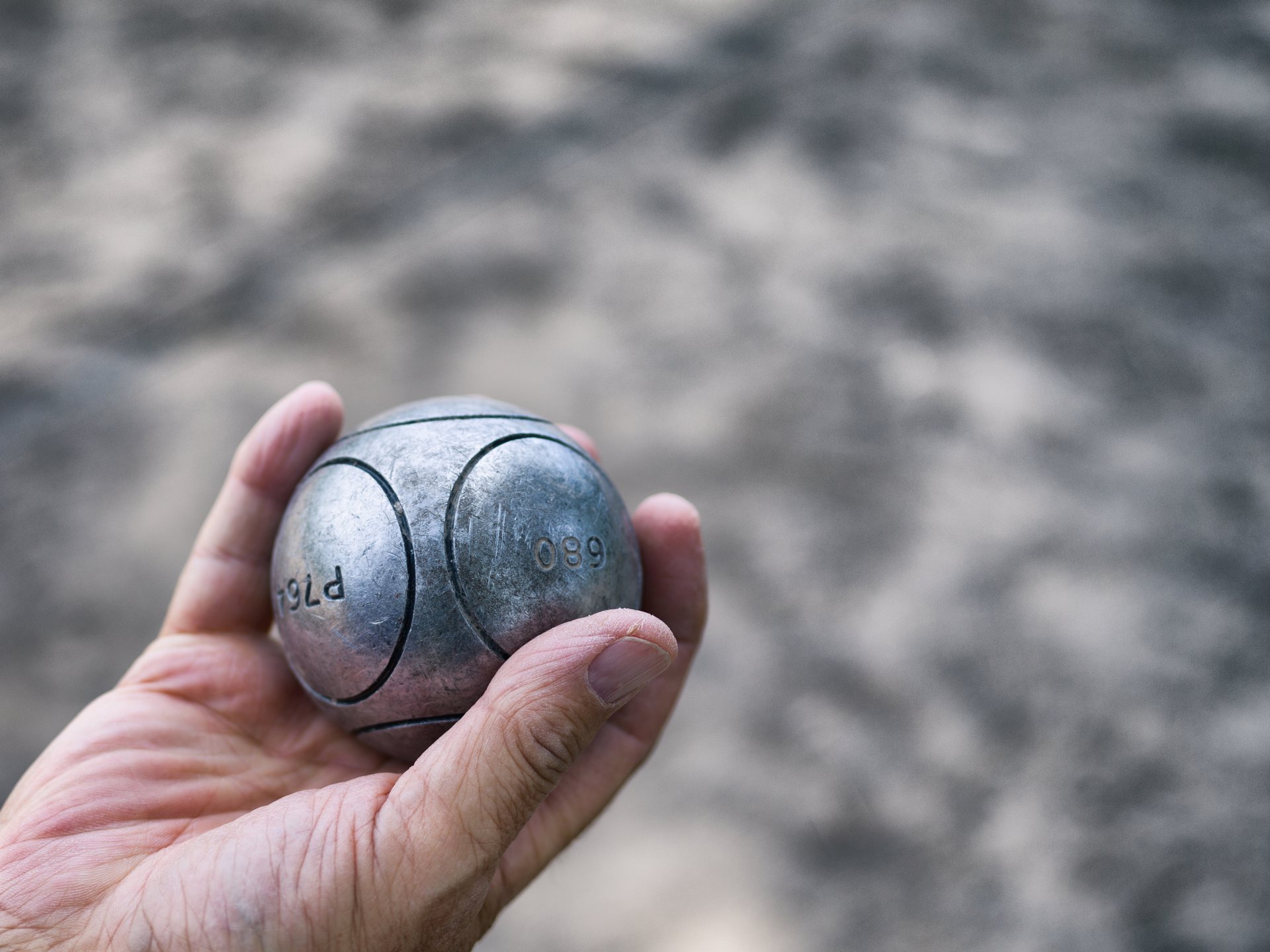 The national boulodrome, located in Belvaux, was inaugurated in 2011 and is certainly impressive. The infrastructure is entirely dedicated to the game of boules, which has been soaring in popularity in Luxembourg over the last few years. It comprises several halls, shared between the two disciplines practised at the boulodrome: boule lyonnaise and pétanque. This temple to boules has a total of 18 covered pétanque courts and four boule lyonnaise courts, which can be transformed into 14 additional pétanque courts when needed. The boulodrome is managed by the Luxembourg Boules and Pétanque Federation, which has no less than 19 affiliated clubs, 750 competition players and 240 leisure players. It’s nevertheless also open to the general public. Anyone can book a court, either with a licence or membership card, available from the adjoining brasserie. Just visiting and want to try your hand? No problem, as Gérard Schneider, President of the Luxembourg Boules and Pétanque Federation, assures us: “Everybody’s welcome here, even beginners! There’s always someone to introduce you to the game and give you some tips. We’re very inclusive!”

From 7 to 77!
Pétanque was imported into Luxembourg by Italian immigrants at the end of the 19th century and is closely linked to the industrial development of the Mining Basin. Boules is one of the few sports that has always succeeded in bringing together enthusiasts from all different backgrounds. It has been experiencing a real boom in recent years, as Gérard Schneider proudly emphasises: “Amateur players tend to be getting on in years, and find pétanque a great hobby, especially if it’s fine enough to play outside in the fresh air. New clubs are emerging all over the country. I also love the informal aspect of pétanque: there’s no need to invest in expensive equipment and it doesn’t require special clothing. Sandals are pretty much the only thing we don’t allow!” Pétanque is also a favourite pastime among former high-level sports men and women who are now looking for a less physically demanding pastime. Here, everyone can play, whatever their capabilities. Couples often play together; fathers initiate their children… Pétanque is an inherently friendly leisure pursuit.

A real sport!
The boulodrome has already hosted three Champions’ League competitions. “Luxembourg currently lies 5th in the European Championships. We’re in 9th place globally and have three national coaches for pétanque, along with one for boule lyonnaise. We’re attracting an increasing number of younger players, some of whom are very talented and take part in international championships,” explains the Federation President, who’s disappointed that pétanque wasn’t chosen as an Olympic sport for the Paris 2024 pre-programme:  “They opted instead for the more spectacular breakdancing. It’s a real shame – we would have played on the Champs de Mars!”

Strategy, yes – pastis, no!
The competitions are mixed, with most rounds played en triplette, three against three. A game can last ten minutes or two hours, depending on the quality of play. Good players are agile, with the ability to synchronise and “read the game”, thinking strategically. And, most importantly, they don’t drink during competitions. “Relaxing with a drink in our adjoining brasserie is something for after the match, certainly not before! We actually conduct random alcohol testing during competitions. If a player’s blood alcohol content exceeds 0.5 g per litre, he or she is suspended and banned from playing for several months.” That sets the tone!