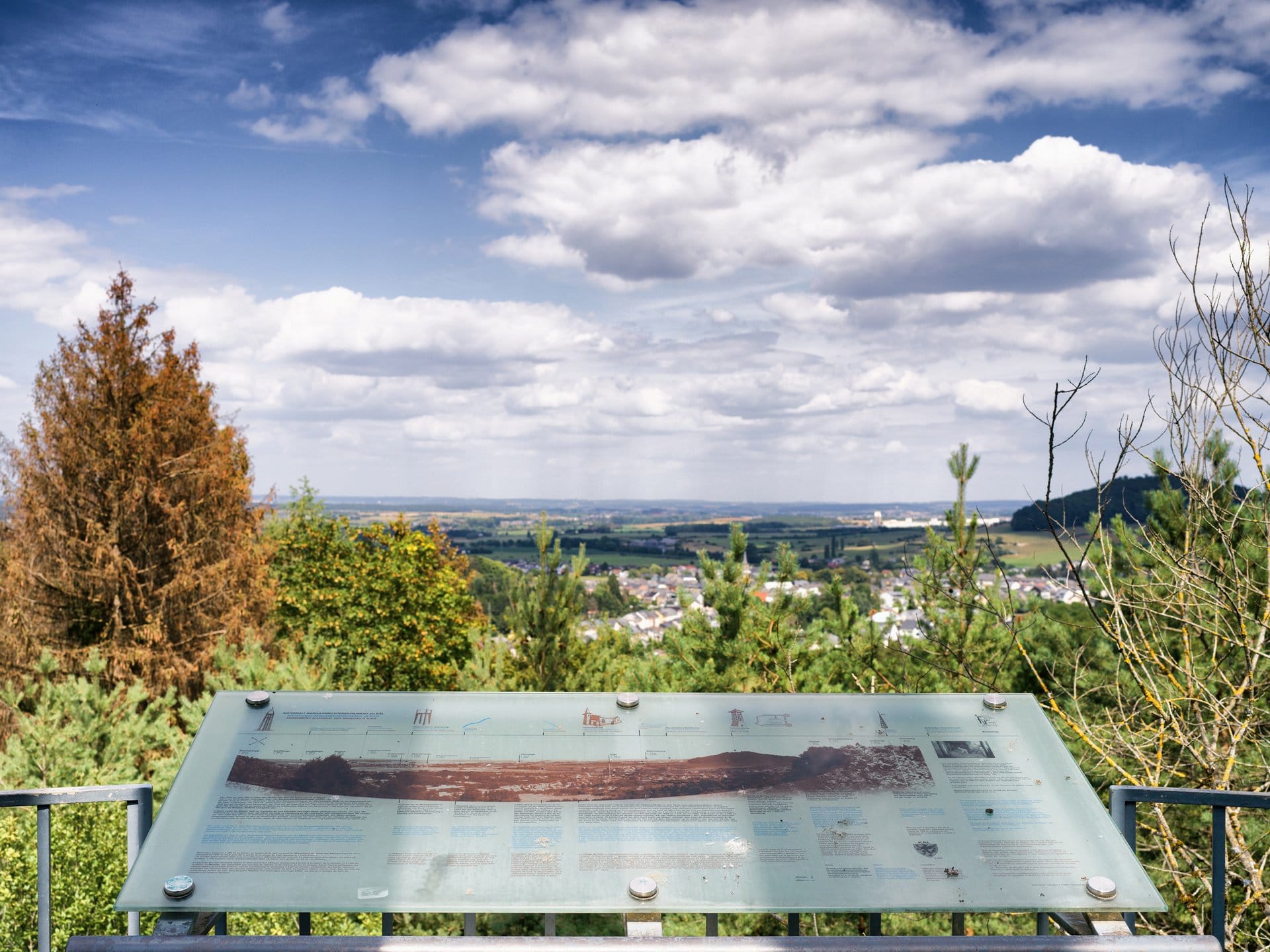 The villages Kayl and Tétange are located in the south of the Grand Duchy. Although they have grown together because of historic urban expansion, historical remains that have been excavated in each of the towns provide evidence that they were not always so closely linked. With the success of the iron ore mining around 1840, Kayl/Tétange turned into an El Dorado for steelworkers and both Luxembourgish and foreign workers settled there.

Between the forests and red hills in Kayl, you can see the top of a tower bearing a cross. This is the Monument National des Mineurs and it was built in 1978. The monument was erected in memory of the miners who lost their lives working in the mines. The area around the monument is known as “Léiffrächen” and has been the official patron saint of miners since 1953. In the past, Kayl/Tétange was also known for the shoe factory, which dates back to 1912. Founded by Mathias Hubert, it later passed into the hands of the municipal administration and is now an ultra-modern cultural centre with a futuristic building.

The building of the former shoe factory, dating back to 1912, now houses the cultural centre of the municipality.

The area near the miners' monument is known as “Léiffrächen“and is considered the patron saint of all miners.

In the middle of Park Ouerbett you will find a culinary and architectural highlight, the Pavillon Madeleine

The “Minettswee“ leads over hill and dale around Tétange through the scenic diversity of the south.