Global warming is rapidly progressing. It has been factually proven to be largely man-made and that human activity heavily influences biological, geological and atmospheric processes on earth. The exhibition Earthbound presents 18 artworks by internationally renowned artists that spark reflection on urgent environmental themes, especially in relation to the complex relationship between humans and the ecosystem.

The works on view span from tentative blueprints for solutions and alternative models for a more sustainable coexistence with our environment to inquiries into the use of digital tools for a sustainable treatment of our resources. Accordingly, artistic practices employing media, technologies and technoscientific methods stand at the centre of the exhibition. Their creative application of digital media and new technologies – from artificial intelligence (AI), virtual reality (VR), interactive and immersive installations, multimedia sculptures and video installations – invites the audience to experience and engage.

In concert, these works critically challenge the notion that humans are at the centre of creation, encouraging us to surrender our egocentric perspective and rediscover our relationship with nature on this planet. The exhibition title draws attention to the essential fact that we only have this one earth. Where better to stage our connection with it than in the former warehouse for the raw materials in Esch-Belval?

Earthbound: In Dialogue with Nature is organised in collaboration with HEK (House of Electronic Arts) and is curated by Sabine Himmelsbach, director of HEK and Boris Magrini, Head of Programme at HEK.

The exhibition is accompanied by a programme of public events, including guided tours and workshops. A catalogue published by Hatje Cantz will be released in Summer 2022 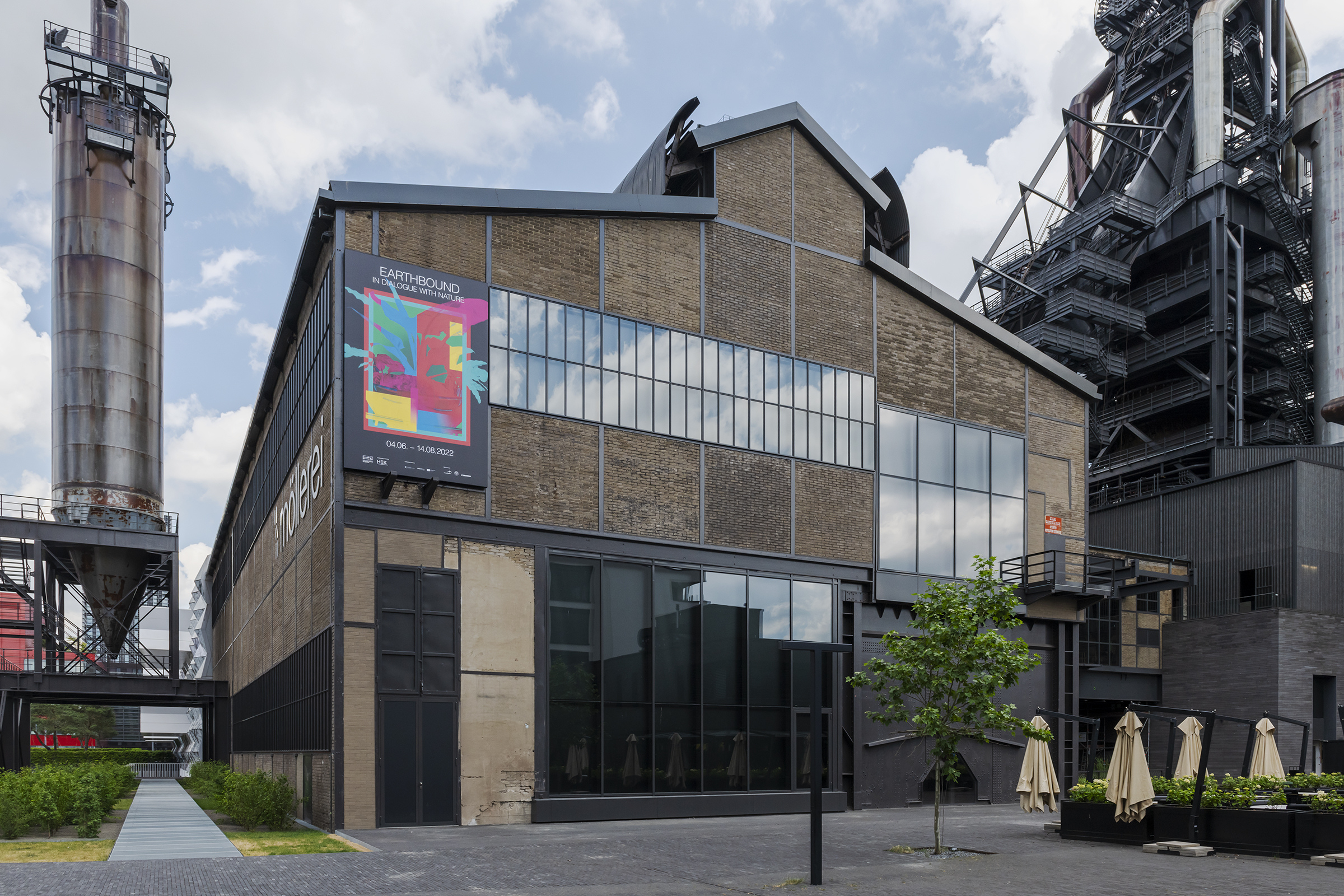 View of the Möllerei in Esch-Belval. The exhibition “Earthbound – In Dialogue with Nature” is commissioned by Esch2022 – European Capital of Culture and curated and organised by HEK (House of Electronic Arts). Curators: Sabine Himmelsbach and Boris Magrini. Photo: © Franz Wamhof 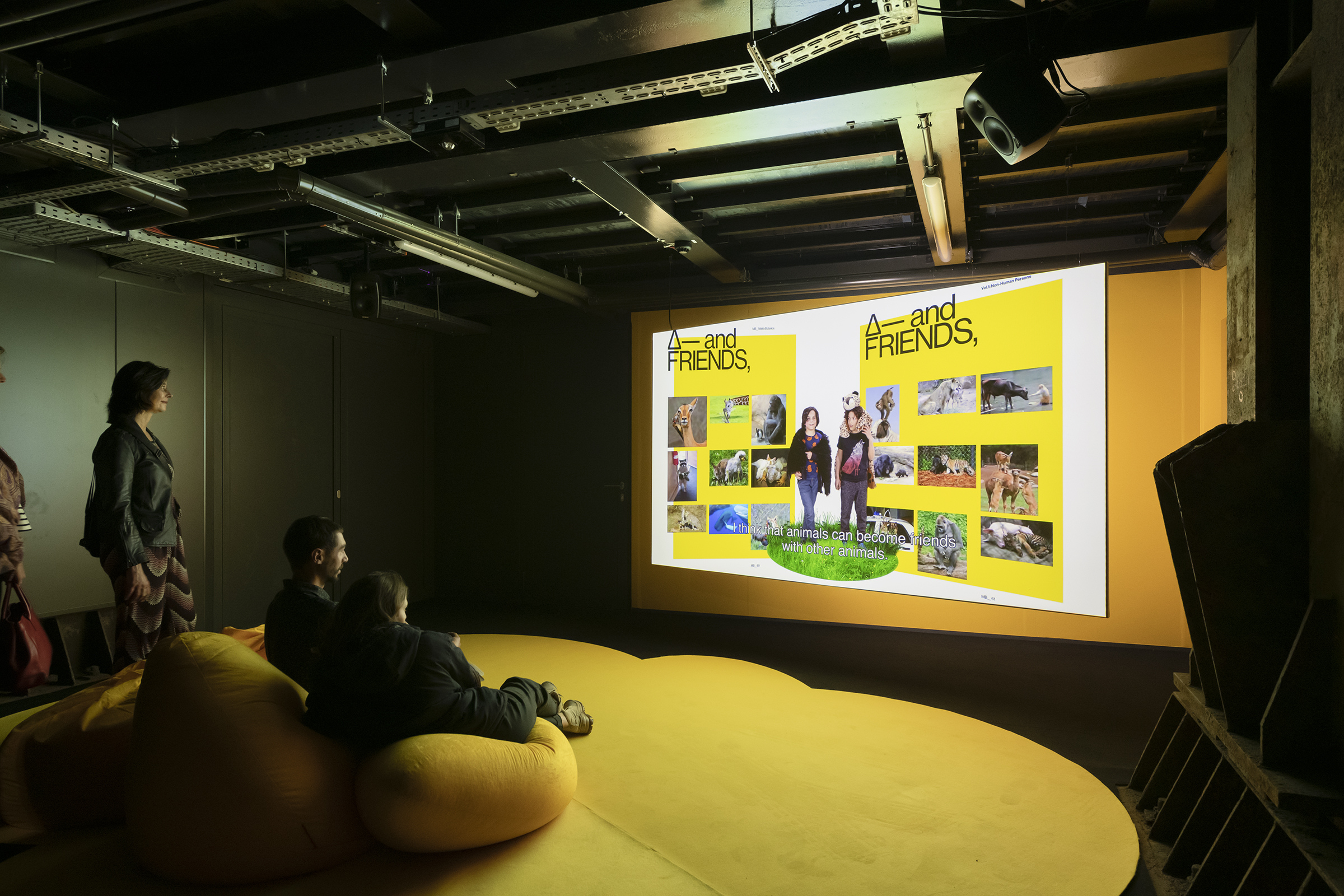 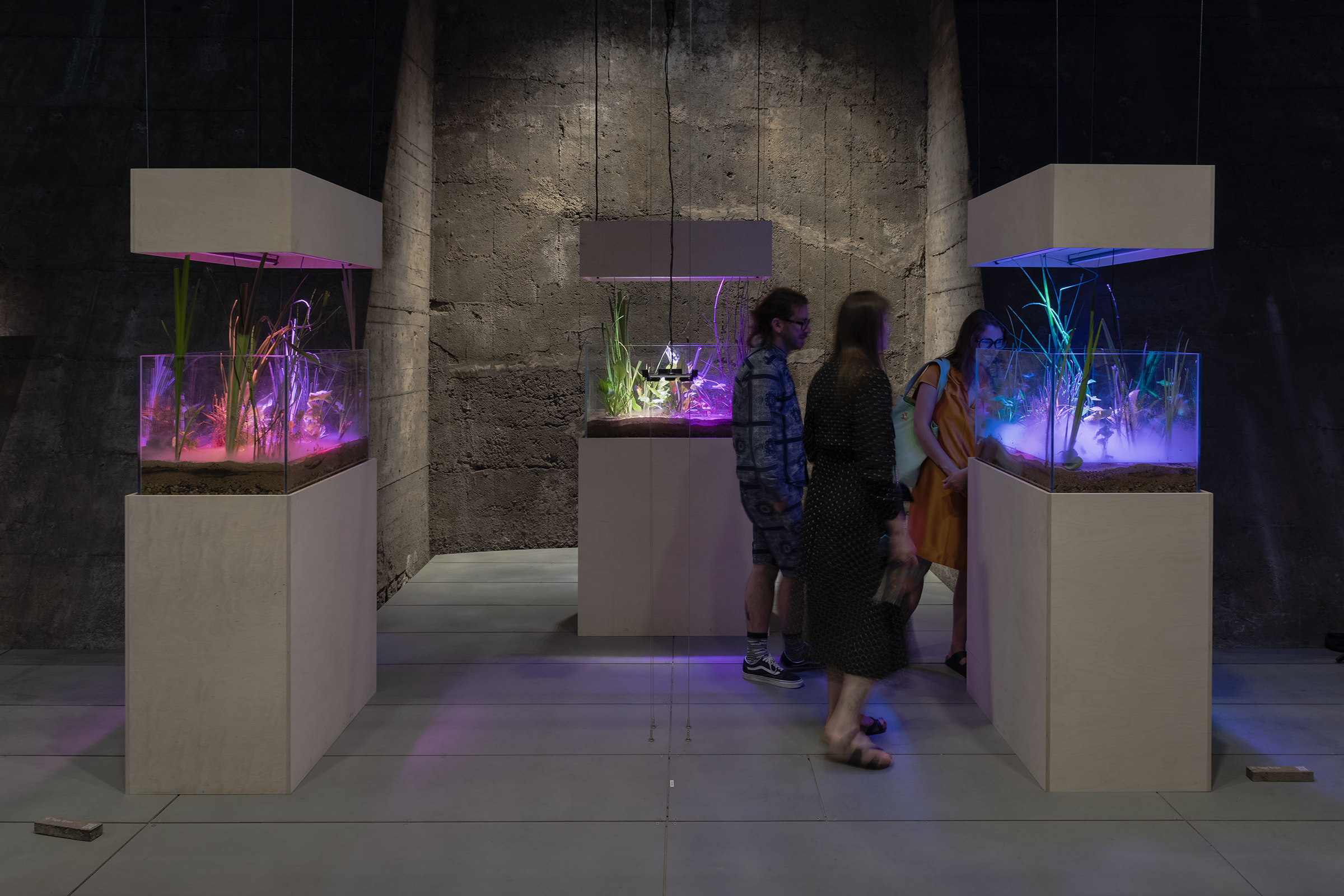 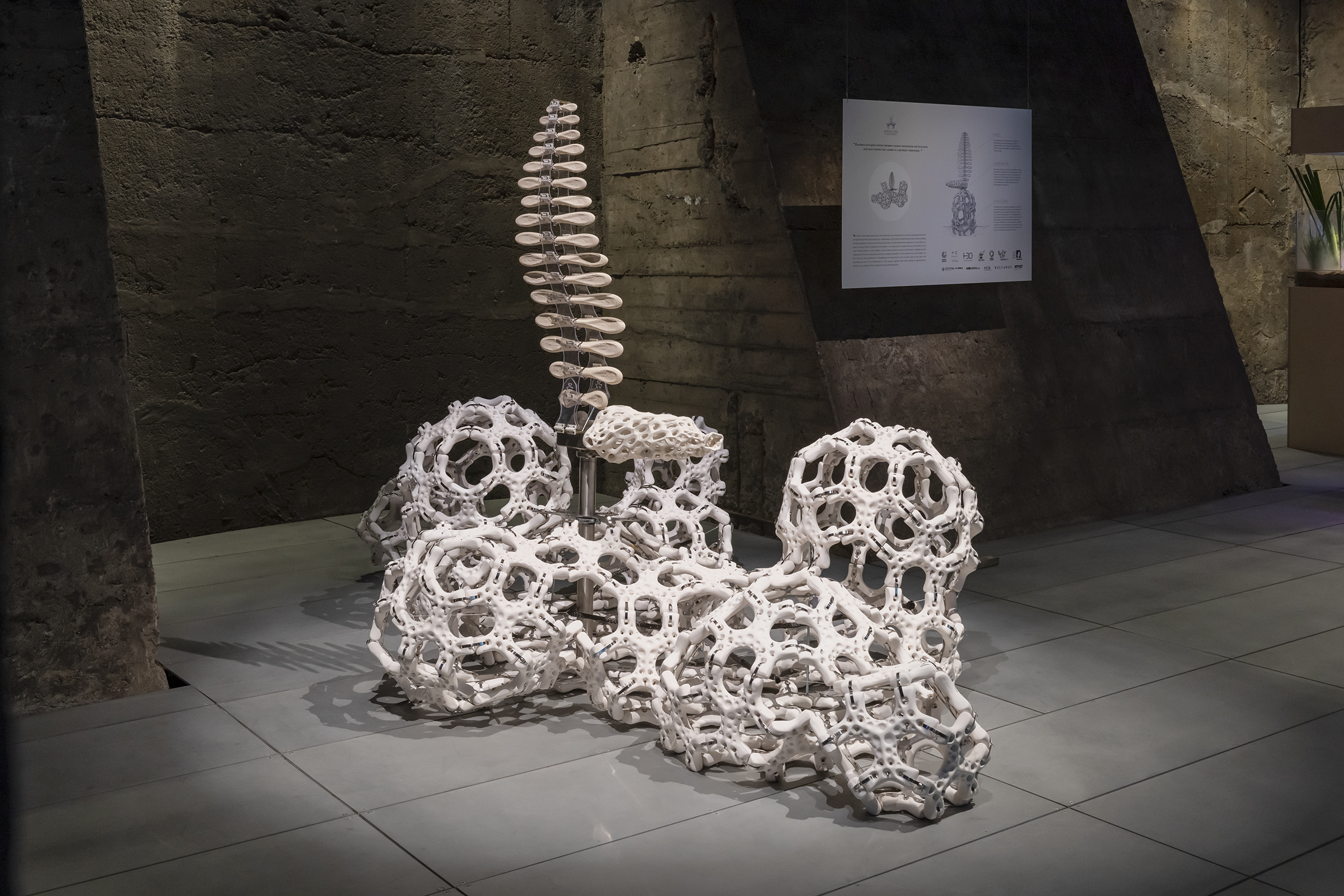 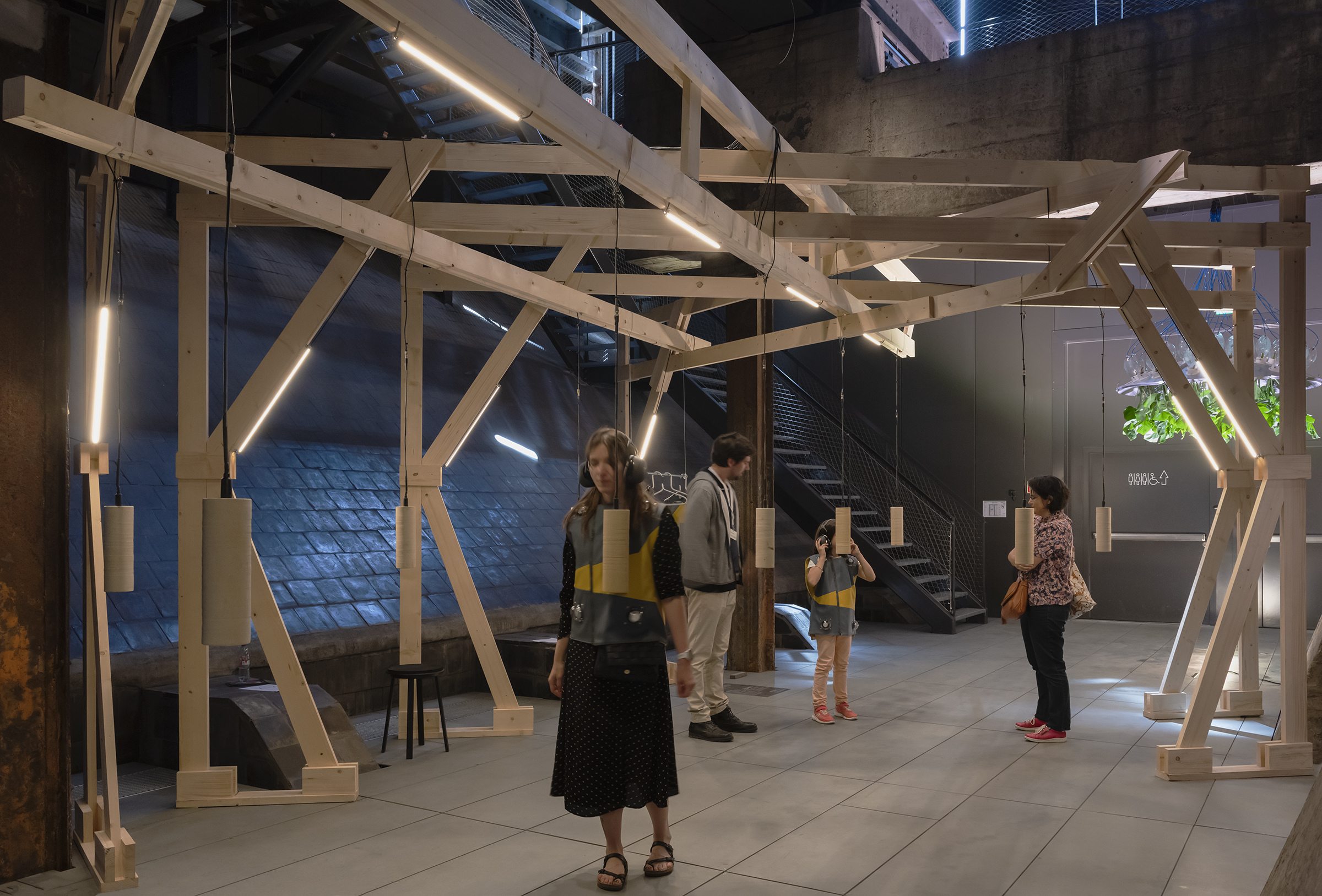 Earthbound – In Dialogue with Nature

Book your ticket
Back to calendar

The HEK (House of Electronic Arts) in Basel is a museum dedicated to digital culture and the new art forms of the Information Age. The HEK’s interdisciplinary programme of exhibitions, performances, concerts, festivals, educational and online activities enables for a better comprehension of the changing world we live in and serves as a platform to actively engage and confront pressing questions of 21st century culture while actively contributing to their mediation. hek.ch

The Möllerei is a large industrial building originally used to store the raw materials (coke and iron ore) before they were fed into the blast furnaces to produce cast iron and slag. With a total length of about 160 meters the Möllerei is a characteristic feature of the former Belval steel plant and local area. Opened to the public in 2018 after extensive transformation work the North section is now home to the Luxembourg Learning Centre. The South section has recently undergone thorough restoration work. It now connects to the Blast Furnace A via a metal footbridge and accommodates a 500 square meter exhibition space over 3 floors.

Sabine Himmelsbach is the director of HEK (House of Electronic Arts) since 2012. After studying art history in Munich she worked for commercial galleries before taking the role of project manager for exhibitions and conferences at the Steirischer Herbst Festival in Graz, Austria. In 1999 she joined the ZKM | Center for Art and Media Karlsruhe as exhibition director. From 2005 – 2011 she was the artistic director of the Edith-Russ-Haus for Media Art in Oldenburg, Germany. She has curated numerous exhibitions including “Real Feelings. Emotion and Technology” (HEK, 2020), “Making FASHION Sense” (HEK, 2020), “Entangled Realities. Living with Artificial Intelligence” (HEK, 2019), “Lynn Hershman Leeson: Anti-Bodies”, “Eco-Visionaries” (HEK, 2018), “unREAL (HEK, 2017), “Rafael Lozano-Hemmer: Preabsence” (HEK, 2016), “Poetics and Politics of Data” (HEK, 2015), “Ryogi Ikeda” (HEK, 2014) and “gateways. Art and Networked Culture” at the Kumu Art Museum in Tallinn as part of the European Capital of Culture Tallinn 2011. She has lectured and written extensively on media arts and digital culture.

Boris Magrini is Head of Programme at HEK (House of electronic Arts). He studied art history at the University of Geneva and completed a PhD at the University of Zurich. He was curator at Duplex in Geneva, assistant curator at Kunsthalle Fribourg and Kunsthalle Zurich and is the editor of the Italian pages of Kunstbulletin. Curated shows include “Shaping the Invisible World” (HEK, 2020), “Entangled Realities – Living with Artificial Intelligence” (HEK, 2019), “Future Love. Desire and Kinship in Hypernature” (HEK, 2018), “Grounded Visions: Artistic Research into Environmental Issues” (ETH, Zurich, 2015–2016), “Hydra Project” (Zurich and Lugano, 2016), “Anathema” (Fri-Art, Fribourg, 2007–2008) and “Mutamenti” (Bellinzona, 2007). Recent publications include Confronting the Machine: An Enquiry into the Subversive Drives of Computer-Generated Art (Berlin/Boston: de Gruyter 2017) “Alternative Visions: Human Futures”, in Transdiscourse 2 – Turbulence and Reconstruction (Berlin: De Gruyter 2016) and “Hackteria: An Example of Neomodern Activism” (Leonardo Electronic Almanac Vol. 20, Issue 1, 2014).