For the exhibition Hacking Identity – Dancing Diversity, an intriguing selection of artworks enters the newly refurbished Möllerei for the first time as Esch2022 – the year-long European Capital of Culture programme – gets underway. Twenty-eight contemporary artworks by internationally acclaimed media artists have been installed in dialogue with the historic industrial building in Esch-Belval. On three floors, visitors can encounter doppelgängers, avatars, iconic figures from the world of gaming, or bizarre sci-fi creatures, through video installations, large-scale screen projections, participatory artworks, and sculptural objects. The overarching theme is the visualisation of phenomena related to the dissolution, transformation, and duplication of identity in the 21st century.

"Hacking" as an artistic practice and active gesture is a red thread throughout the exhibition. Originally derived from information technology, this term now has a positive connotation in popular digital culture and refers to creative methods of overcoming usage restrictions. "Diversity" is a watchword in current social debates about representation, participation, and the recognition of minorities. Starting out from the humanitarian premise that diversity is the essential catalyst for active cultural development, "Dancing Diversity" opens up a space of poetic imagination.

With this exhibition, in which a responsibility for democratic openness and a motivation to intervene for change are conveyed through media  art, the Möllerei presents itself as a space for new ideas about European community and successful interculturalism.

Hacking Identity – Dancing Diversity is organized in collaboration with ZKM | Center for Art and Media Karlsruhe and is curated by Anett Holzheid, scientific consultant at ZKM and Peter Weibel, chairman and CEO of ZKM.

The exhibition is accompanied by a programme of public events, including guided tours and workshops. A catalogue published by Hatje Cantz will be released in late Summer 2022. 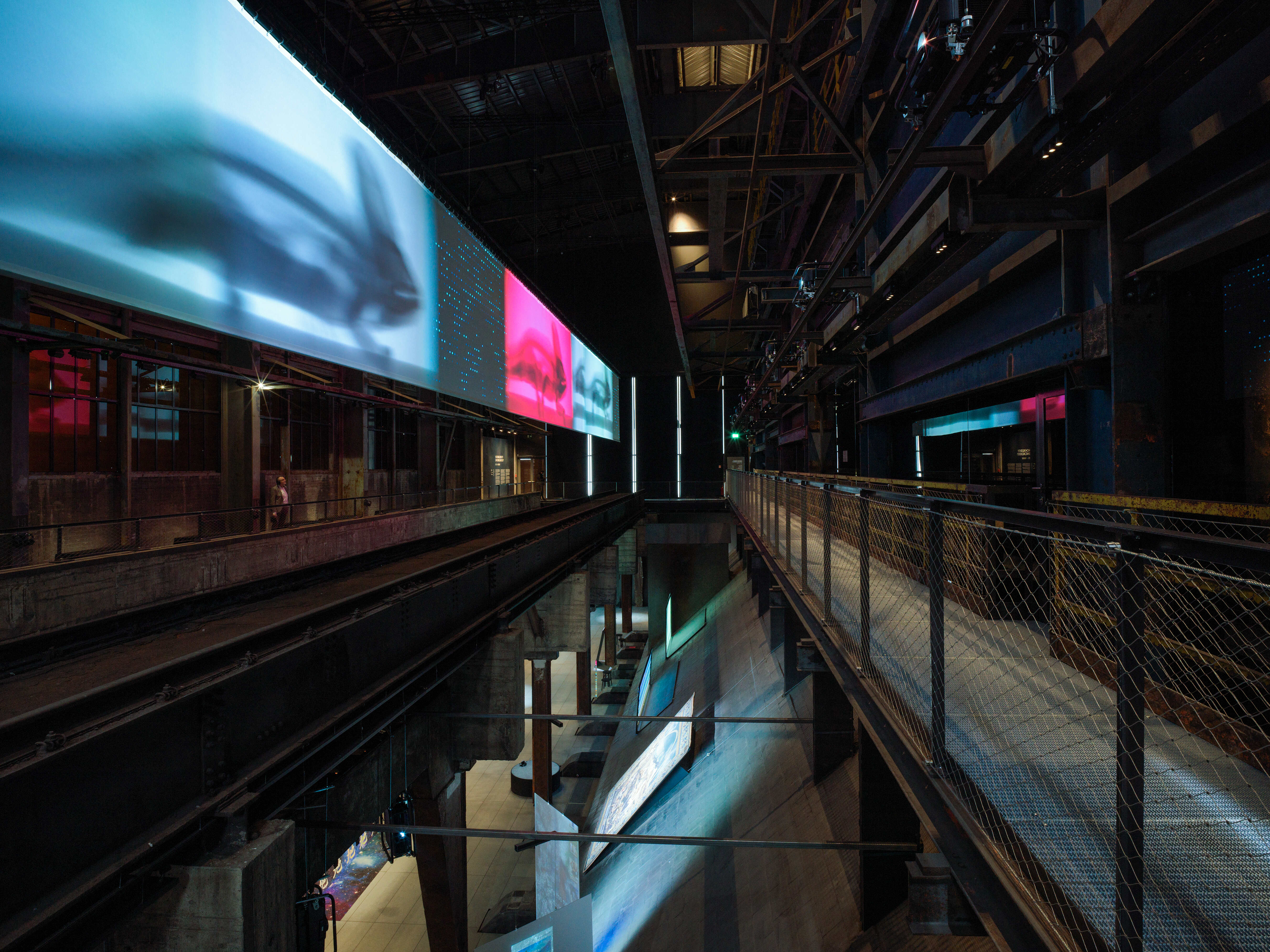 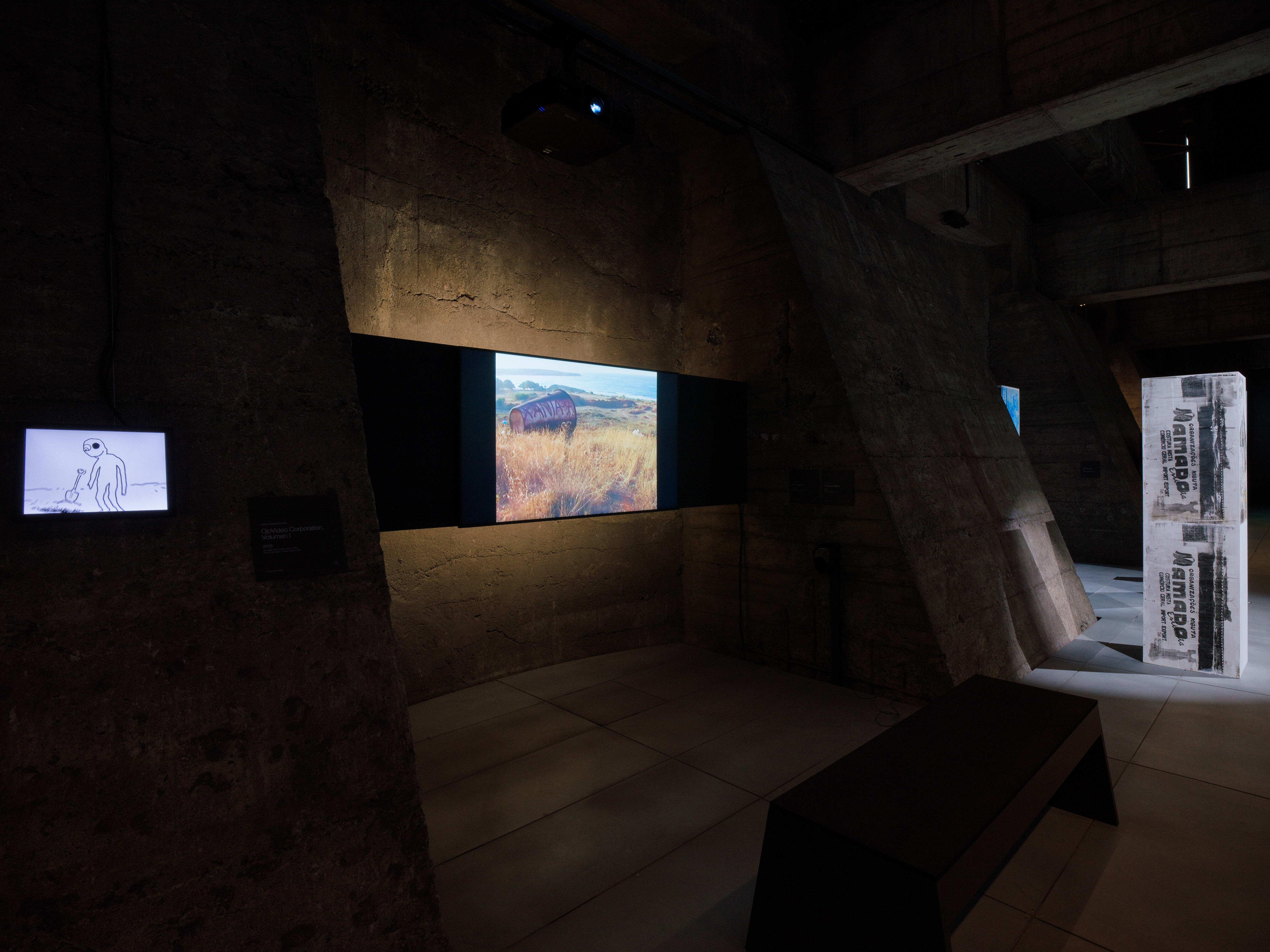 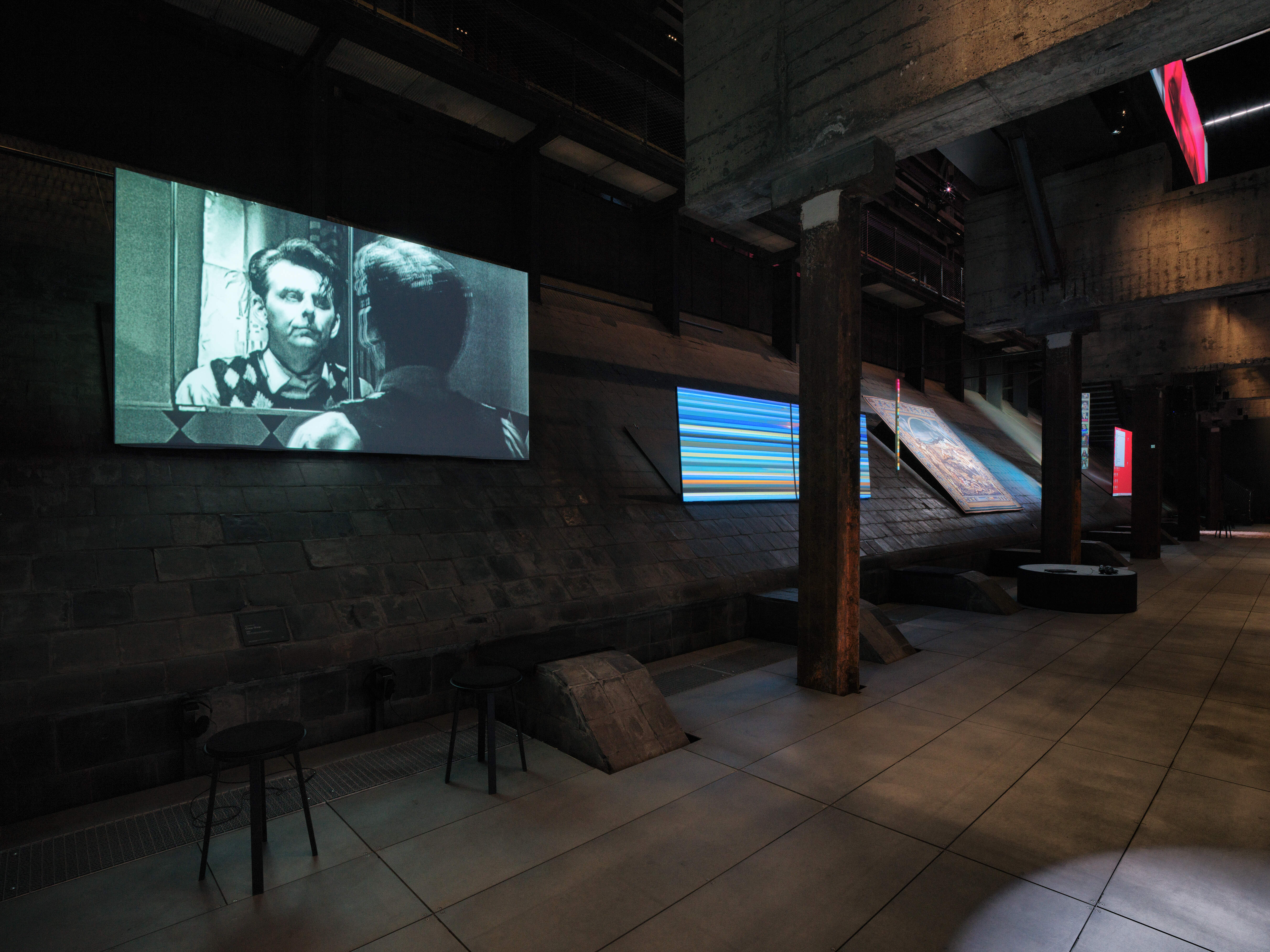 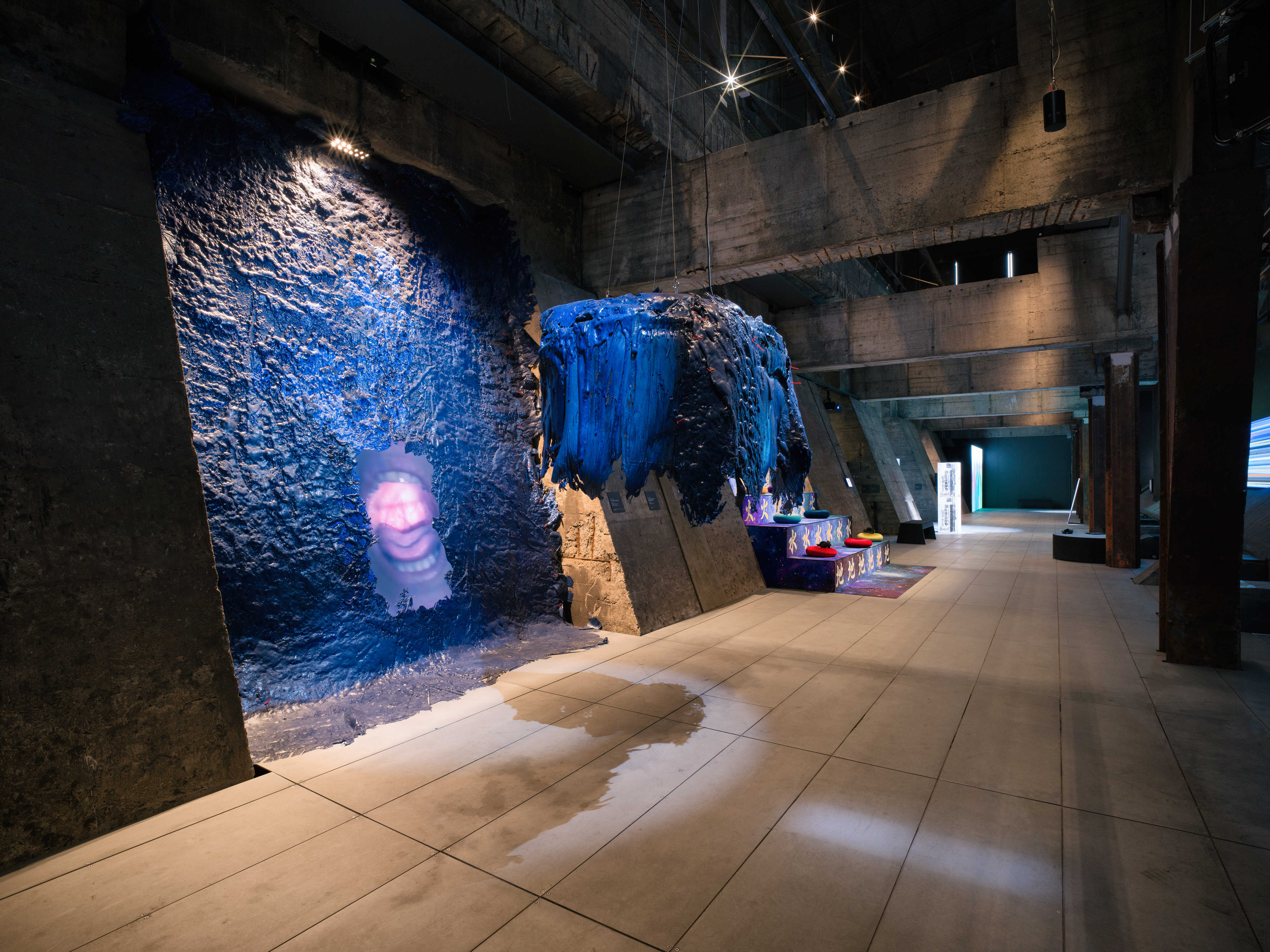 The ZKM I Center for Art and Media Karlsruhe is a cultural institution that is unique in the world. With its art collection, publications, archives, and artistic, scholarly and scientific research on the electronic arts, the ZKM stands for a program of interdisciplinary projects and international collaborations. In its exhibitions, symposia, concerts, and workshops, the ZKM communicates the theoretical discourses of philosophy, science, technology, politics, and economics from a contemporary artistic perspective. zkm.de

The Möllerei is a large industrial building originally used to store the raw materials (coke and iron ore) before they were fed into the blast furnaces to produce cast iron and slag. With a total length of about 160 meters the Möllerei is a characteristic feature of the former Belval steel plant and local area. Opened to the public in 2018 after extensive transformation work the North section is now home to the Luxembourg Learning Centre. The South section has recently undergone thorough restoration work. It now connects to the Blast Furnace A via a metal footbridge and accommodates a 500 square meter exhibition space over three floors.

Anett Holzheid is a humanities and media scholar working as scientific consultant and curator at ZKM | Center for Art and Media Karlsruhe. She has lectured extensively in the fields of culture and media studies at several German universities. After completing two graduate programs in Würzburg, Germany and Albany, USA and further studies in digital information analysis, she earned her PhD with a dissertation on the history of postcard culture and its impact on foregrounding digital practices. Her recent research interests include artistic media spaces with a strong focus on transdisciplinary relations between classical and emerging media art genres. She has conceptualised and moderated various mediation formats at the intersections of art, science, civic participation and collaborative engagement. Recent curatorial projects include the exhibitions: “Negative Space. Trajectories of Sculpture” (ZKM, 2019) and “Konrad Balder Schäuffelen. Language is a Body, Forsooth” (ZKM, 2017).

Peter Weibel is an Austrian artist, curator and media theorist. He is the artistic-scientific director and CEO of ZKM | Center for Art and Media Karlsruhe and director of the Peter Weibel Research Institute for Digital Cultures at the University of Applied Arts Vienna. He was professor of Media Theory at the University of Applied Arts Vienna (1984–2011), head of the Digital Arts Laboratory at the Media Department of the State University of New York at Buffalo (1984–1989) and founding director of the Institute of New Media at the Städelschule in Frankfurt/Main (1989–1994). As artistic director, he has headed Ars Electronica in Linz (1986–1995), the Seville Biennial (BIACS3, 2008) and the Moscow Biennale of Contemporary Art (2011). He commissioned the Austrian pavilions at the Venice Biennale (1993–1999) and was chief curator of the Neue Galerie Graz (1993–1998). peter-weibel.at