A flame for culture and a common future!

European Capitals of Culture are unique projects that bring European cultures to the fore. Their aim is to bring people, cities and countries together through culture, and therefore contribute to strengthening Europe, in a sustainable way.

Since 1985, more than 60 cities across the European Union and beyond have been awarded with the title of European Capital of Culture (ECOC).

European Capitals of Culture collaborate with each other, they bring people and cultures together. This cooperation and networking is expressed through a whole series of projects and initiatives with the mission to achieve a long-term impact for the actual title year and far beyond. To strengthen this cooperation, a common moment is celebrated in the form of an official handover in Athens, Greece — the first European Capital of Culture inaugurated in 1985 and initiated by Melina Mercouri together with Jack Lang.

A symbolic act for an important cooperation!
Passing on the European flame for culture!
A symbolic place for a significant moment … Athens!

As a tribute to Melina Mercouri and Jack Lang and to our common cultures, it is time to pass on the flame to stress the importance of celebrating and strengthening culture, our common fundamental right and a pillar of the famous European Way of Life, at the highest European level.

Pascale Seil is a Luxembourgish designer who created the symbol of the ECOC handover – UNITY!

Structure : for power- volenity and infinity
Glass : for transparency and lightness
Colours: diversity and cohesion
UNITY for Europe 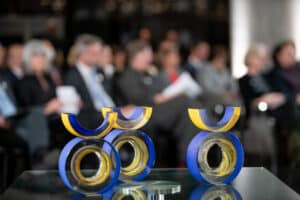 European Capitals of Culture are passing on the title!

Pictures of the handover ceremony

Esch-Alzette, the second largest city in Luxembourg, held the title of European Capital of Culture together with the 10 Luxembourgish municipalities and 8 French municipalities along the border.
Esch2022 celebrated the history of a cross-border region located in the heart of Europe, from the industrial age to today’s knowledge society and its future digital potential. Under the slogan REMIX Culture, Esch2022 created synergies, guaranteed sustainable development and, most importantly, ensured that the general public got actively involved.
esch2022.lu

From temporary to contemporary 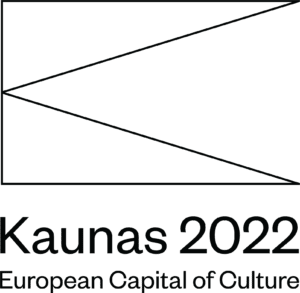 When Kaunas unexpectedly became the temporary capital of Lithuania in 1919, this status became the source of a creative energy, even if only temporarily.
In 2022, locals and guests have been treated every weekend with an impressive international cultural event. In addition, there have been hundreds of smaller events throughout the year. In  collaboration with renowned artists from around the world, communities designed symbols for their neighbourhoods for 2022, making street art, doing exhibitions, planting their courtyards, dancing, exploring the unique flavour of local areas.
kaunas2022.eu

Novi Sad is one of the first cities outside the EU to be named European Capital of Culture. The main idea of the program narrative “For new bridges” have been visible every day, with the aim of leaving solid legacies that improve the cultural image of the city: new programmes, new processes, committed people (citizens, cultural institutions, associations,
organisations, artists) and finally new places for culture.
So the vision of the project is: ‘The beginning of the new. Now!’
novisad2022.rs

Shine your light! Light up your city! 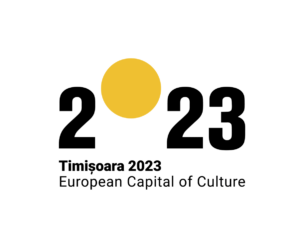 Over the centuries, Timisoara and the Banat region have flourished thanks to the energy and ingenuity of its citizens hailing from all over Europe. Today, Timisoara is a vibrant city with over 40,000 students in eight universities, a dynamic creative sector and many prestigious cultural institutions.
The motto Shine your light! Light up your city! is an invitation to embark on a journey through light and darkness involving an often long and arduous process of personal development and transformation towards a collective consciousness.
timisoara2023.eu

Elefsina is one of the five most important sacred cities of antiquity, located 21 km west of Athens. The Eleusis 2023 project aims to reveal the invisible side of Elefsina with a focus on four strategic objectives: The culture, the population, the city and the environment.
It wants to illuminate the community spirit of the region’s population as inspired by the traditional Greek and European core values of freedom, dignity, democracy, equality and respect for human rights.
2023eleusis.eu

The Veszprém-Balaton 2023 European Capital of Culture programme will celebrate Hungary’s new cutural, creative region, as well as help it develop as a major European cultural scene and tourist destination. In addition to improving creative industries in the service of culture through education and infrastructural developments, a string of showcase events have been organised to boost the number of culture consumers.
veszprembalaton2023.hu