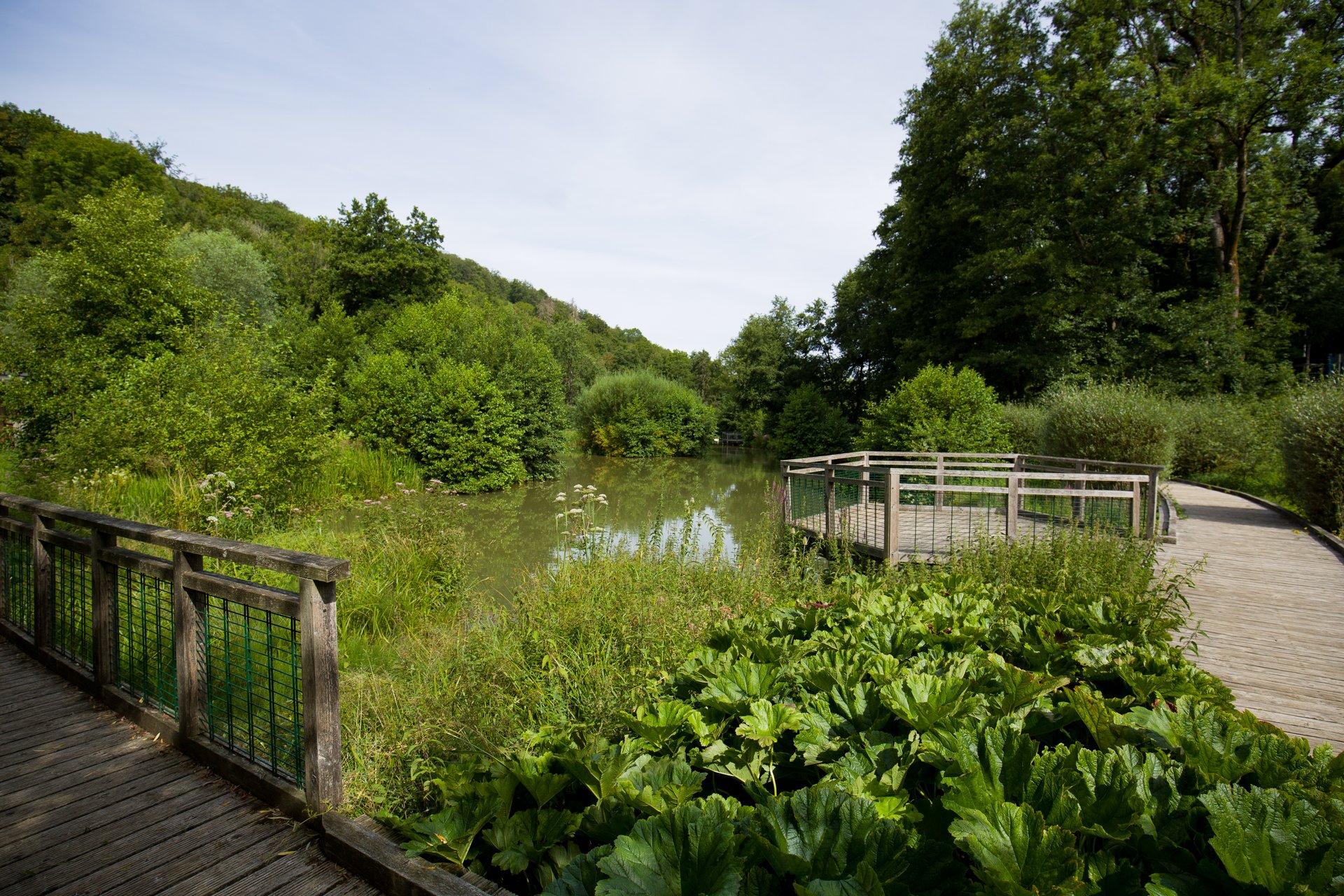 It’s time to head south! Together with author Susanne Jaspers, we are taking you on an exciting journey to the Esch2022 region that will focus on unusual and lesser-known places. The following account marks the start of a series of articles that will be published periodically over the course of the year. We hope you will enjoy discovering the ‘Land of the Red Earth’. Soon, you will also have the opportunity to share your own stories and experiences with us and the Esch2022 readership.

Off to the south!
Travelling, not to mention to faraway sunny regions, is a tricky undertaking these days. So it’s good to know that there is a South just around the corner: the South of Luxembourg. Even before it was named the European Capital of Culture 2022, the area boasted such an abundance of exciting and surprising, beautiful and bizarre things that visitors exploring the region hardly missed their vacation abroad.

Admittedly, the south of Luxembourg, the so-called ‘Minette’ region or ‘Land of the Red Earth’, is best discovered in the company of locals. Those who are lucky enough to go on a foray through their homeland with one or even two or three real Minettsdäpp, as the locals are called, will not only find out on which blast furnace their grandfather once worked, from which pit their great-uncle hauled the iron ore and in which house lived their slightly snooty aunt who would go on about how as a young girl she had worked as servant for a noble Brussels family. Maybe they will learn what the revered local football team has in common with Real Madrid and a coffee service, and what the French neighbours of hannert der Heck (lit. ‘behind the hedge’) are all about. They might receive tips on where, in the opinion of the descendants of Italian immigrants, the best pizza and pasta can be found, where the bica, valued by the Portuguese and Portuguese-born locals, tastes the strongest, and which beer the true southern Luxembourger likes best with Thuringian sausage (even though it is no longer allowed to be called ‘Thuringian’).

Together on the trail of the secrets of the deep South
For all those who may not have a Minettsdapp by their side, this series aims to provide a small travel companion through Luxembourg’s South. Starting with this account, unusual or little to unknown places and sights, historical and contemporary anecdotes as well as endearing quirks and preferences of the Capital of Culture 2022 and its residents will be presented here on a regular basis – in mostly tongue-in-cheek, sometimes thoughtful contributions about the Luxembourgian municipalities involved in the Capital of Culture project, without forgetting, of course, their French partners.

Ghosts, borders, mine shafts…
Come along to Dudelange and find out why John Malkovich took fright in the midst of ancient walls. Accompany us to a Jeunesse Esch football game, have a Battin beer with us and find out why the traditional Luxembourg club is Italian deep down inside. Take a trip with us to the remote village of Lasauvage, once haunted by a wild woman, but also by a genuine Grand Duchess. At the end of the visit, you can have a drink while standing with one leg in Luxembourg and the other in France. Or you can cross the border with us on both legs – for instance towards Neufchef or Villerupt – to go underground and immerse yourself in the sombre everyday life of the former miners, as well as in other ‘dark’ (in several regards) stories from hannert der Heck. Visit the arguably oldest tree in the Grand Duchy with us – and don’t make fun of it just because it looks a bit ragged, because it’s not its fault. Climb the highest mountain in the South or go in search of the stork where the furnace chimneys once smoked. Explore the secret Luxembourg homeland of the Smurfs, discover the last authentic Bopebistros (traditional local pubs) and find out in which one they serve the most delicious crisps. Take a stroll or hike on the southern traces of poetry and find out why the most loyal Luxembourg dog was actually French. Or you can get yourself a set of wheels and train for a career as a racing driver on the track where Michael Schumacher once did his laps.

It doesn’t always have to be the Caribbean…
Up until now you might have thought that there were only brownfields, Belval and a zoo in the South. That you can’t visit anything down there except a few rusty blast furnaces. And certainly not discover anything new. Think again! Accompany us on our exploratory journeys in the coming months, don’t be sad about that cancelled Caribbean trip and take yourself ‘off to the South!’