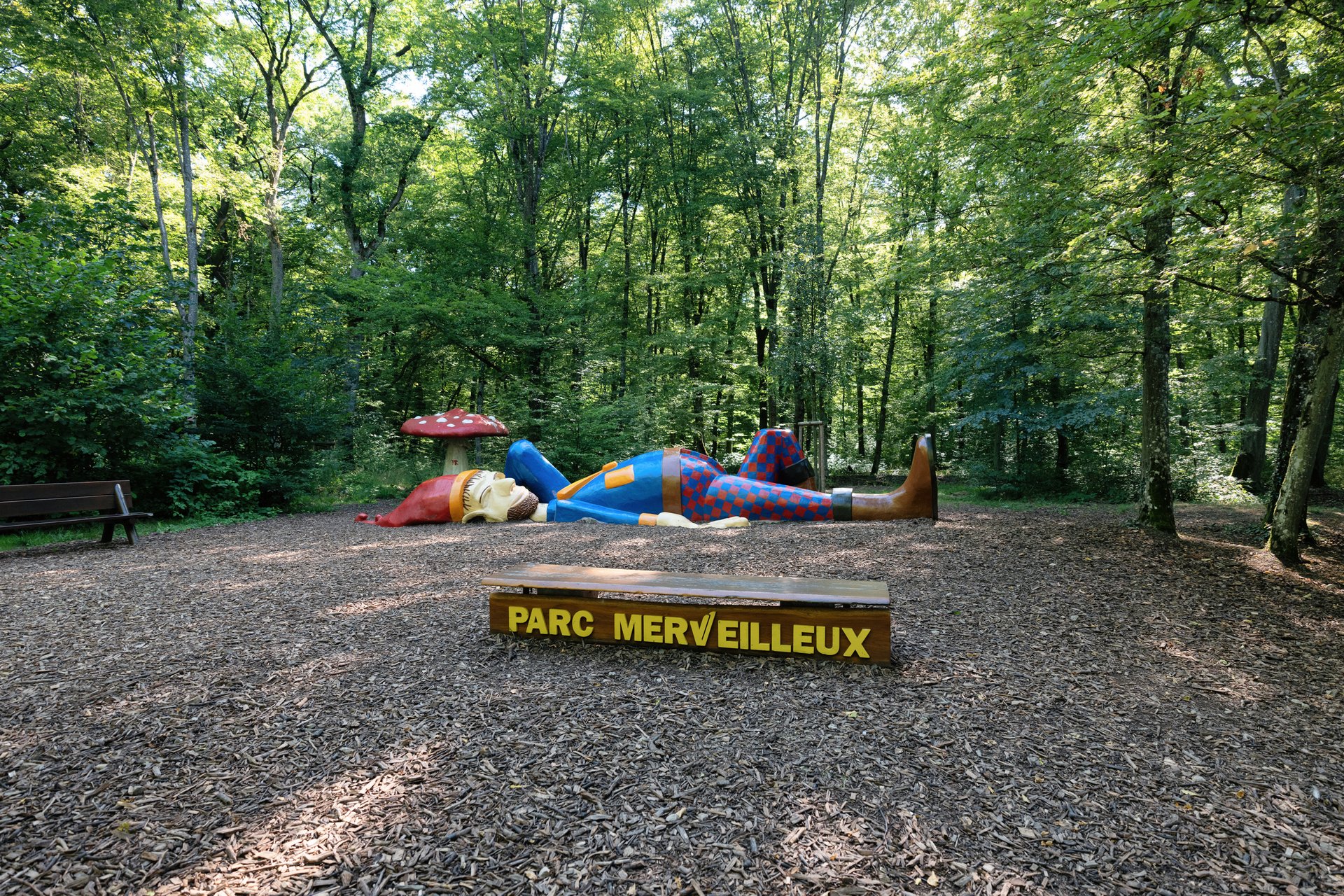 Once upon a time, there was a man who dreamt of building a fairy tale park. That man was the Dutch garden designer Albert Willem Ter Braake and the year was 1955. Both the Mayor and the town council of Bettembourg at the time, liked his idea, and so a team was brought together and began to work on it even before the year was out. Fairy tales belong to that part of literature and cinema that over the years and across the generations has simply refused to become unfashionable. Rather, the opposite has happened. And so it was that « Parc Merveilleux » opened its doors in May 1956 and became and remained a much loved part of family life. With its usual 200,000+ visitors every year, the park is a veritable tourist attraction and comes top of the list of favourite sites for visitors from the greater Bettembourg region and beyond. From March until October, they can not only delight in well known fairy tales that are played out in lovingly designed sets, but children can enjoy seeing familiar and exotic animals, ride poneys or play mini golf with their parents. The zoo’s own school offers children and groups, such as school groups, educational workshops where they can learn more about the animals and their environment, whether local or in far away countries. But let our thoughts take us back a few decades.

In August 1963, we received the one millionth visitor. Six years later, that number had already hit 2 million. All through those many years, there were Sunday concerts and an ever growing number of fairy tales. Snow White, Hansel and Gretel, Cinderella were all world famous classics and were soon joined by contemporary tales, such as the Luxemburgish children’s tale about the “Klenge roude léiw” (“The little red lion cub”) by Marco Weiten and Mireille Weiten-de-Waha, which was added in 2009. Red Riding Hood’s home, with its mosaic walls, is just one of the elaborately designed small houses and towers that stage hand made, animated figures in their proper sets. Professional Luxemburgish speakers tell their tales to music in Luxemburgish, German or French so that the visitor can relax while listening. Currently, there are eleven such tales.

But it is not just families from Luxemburg, Germany, France, Belgium and the Netherlands that flock to the park in ever greater numbers, there are also the local established firms that hold their business parties here. Donations and private sponsoring of the more than 2000 animals have made it possible to introduce regular improvements and ensure that this Fairy Tale and Animal Park can overcome difficult times and survive for years to come. Shortly after the economic crisis at the end of the 1990s, the management and the financing model were changed. The A.P.E.M.H Association, which supports people with learning disabilities from all age groups as well as their families, became our main partner and brought new life to the park with the help of its technically skilled and motivated members. This inclusive policy brought the return of economic success. Today, the A.P.E.M.H. is our main shareholder and we receive support from the state and the town. About 170 people work on its 25 ha. of land and in its facilities. This number includes about 35 seasonal workers and students who join for the peak season. Thanks to the social association about a 100 disabled people have joined the workforce and are thus able to make a significant contribution to the management of the “Parc Merveilleux”. Most of them carry out restoration or other building work during the low season, particularly during the winter months.

One of the major improvements was introduced in 2001 when a children’s playground was built. This was followed a year later by the opening of the tropical house that houses an aquarium and a terrarium. The 600m² “Mahajangahaus” with a fully accessible greenhouse, was added in 2009. As part of the Esch European Cultural City of the Year Programme, a number of projects are realized together with the Park and these include the town’s “De Ris geet op d’Rees” (“The Giant goes exploring”) intergenerational and literary project initiated by Bettembourg town and forms the high point of its annual festival “LiteraTour”. Comic writer Lucia Czuga and comic artist Andy Genen address the question where the Giant might be going after all the visitors have left the park. Visitors and residents are invited to submit their suggestions and these become the basis for a comic book. Creative and participatory projects like these make that this beloved travel destination brings joy to loyal regular visitors and new guests alike.