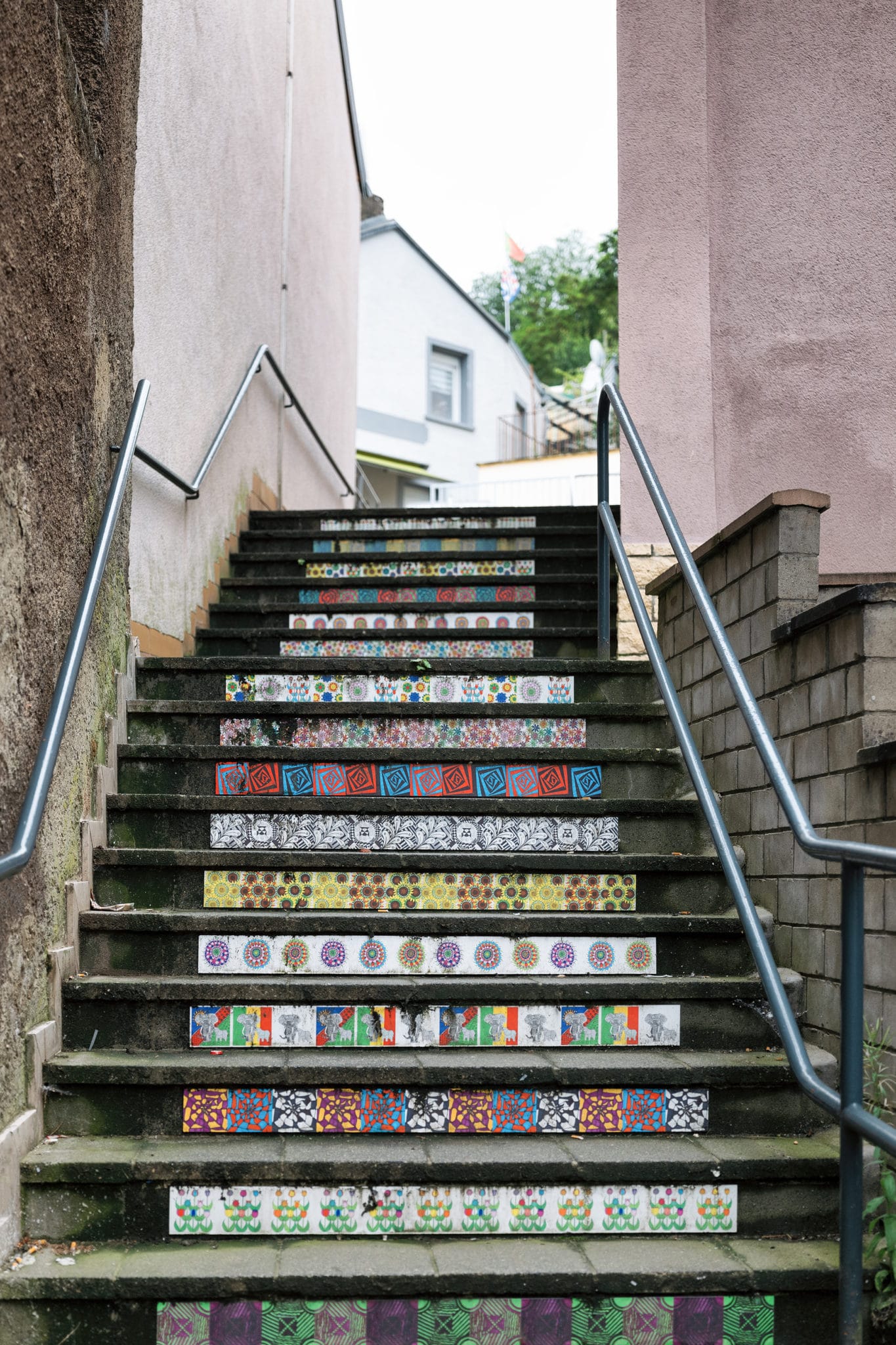 The Italian quarter, a stone’s throw from the centre of Dudelange, is mainly made up of two narrow streets: Rue Gare-Usines and Rue des Minières or, as they were once termed, Lower Italy and Upper Italy. As we tackle their inclines, by day or night, charmed by the picturesque early twentieth-century architecture, we get a unique view of Dudelange. The place itself is also one-of-a-kind, and rather surprising. Little Italy is a world apart, and a genuine architectural curiosity. We’re first struck by the incredible entanglement of colourful houses, packed together. Everything appears interconnected: balconies, terraces, stairs, patches of garden – it’s hard to guess what belongs to each specific dwelling.

Antoinette Reuter, who works at the Human Migration Documentation Centre, adjacent to the neighbourhood, explains that this mirrors the gradual migration experienced by the Mining Basin. “This unique place, steeped in memory, helps us understand the role of migration in the Grand Duchy’s history. The neighbourhood has been in a constant state of flux and transformation: Italian miners were the first people to settle here, at the end of the 19th century. This was for practical reasons since the area was located between the mine and the plant. Over time, however, the first inhabitants gradually abandoned Little Italy, since its dwellings, designed for single occupants, were unsuitable for families. Portuguese settlers were next to establish themselves here, gradually buying up most of the houses in the 1970s. Today, the district is also home to people of Chinese and African origin, along with certain Luxembourgers.”

Temporary measures are the order of the day
While the origin of its residents has changed over time, the neighbourhood has never experienced any large-scale official renovations and is a far cry from becoming gentrified: “Residents repair their houses as and when they can, more through DIY than comprehensive renovation. This is a place in which people settle temporarily, before relocating to other parts of town as they move up in life. In the 1980s, for example, living in Little Italy was not something to be proud of. Rents were low, but living conditions were sometimes precarious. Unlike Dudelange, a town with a higher percentage of Luxembourger residents than the national average, the Italian quarter remains the first port of call for new arrivals,” explains Antoinette Reuter.

“I’m staying put!”
Engaging in conversation in the middle of the street, a long-time Luxembourger resident confirms: “I’ve been living in the neighbourhood, on Rue Gare-Usines, for twenty-three years. The Italians are long gone, but I’m staying put! I know all the residents, we greet each other in the street, stop to chat. It’s a quiet neighbourhood now. Back in the day there were more bistros, which was fun.” The last few years have indeed seen many small businesses leave the neighbourhood, which now has a much lower population density. The upcoming development of several new districts on the outskirts of Little Italy promises to reinvigorate the local economy. In the meantime, Café Inès or the little Portuguese bar are perfect places to catch your breath before continuing to explore the neighbourhood or visiting the Human Migration Documentation Centre, an interface between heritage institutions (archives, libraries, museums), the community, researchers and the general public.