The Blue Hour (2022) is a museum installed in the middle of nature and dedicated to an artwork inspired by the eponymous phenomenon: a moment in the day when the sky is electric blue and nature is completely silent. A platform near this architecture, offers a space to experience the real phenomenon every day. Events and meetings around societal and cultural issues (ecology, history, biology, poetry, music...) will be organized there throughout the year. 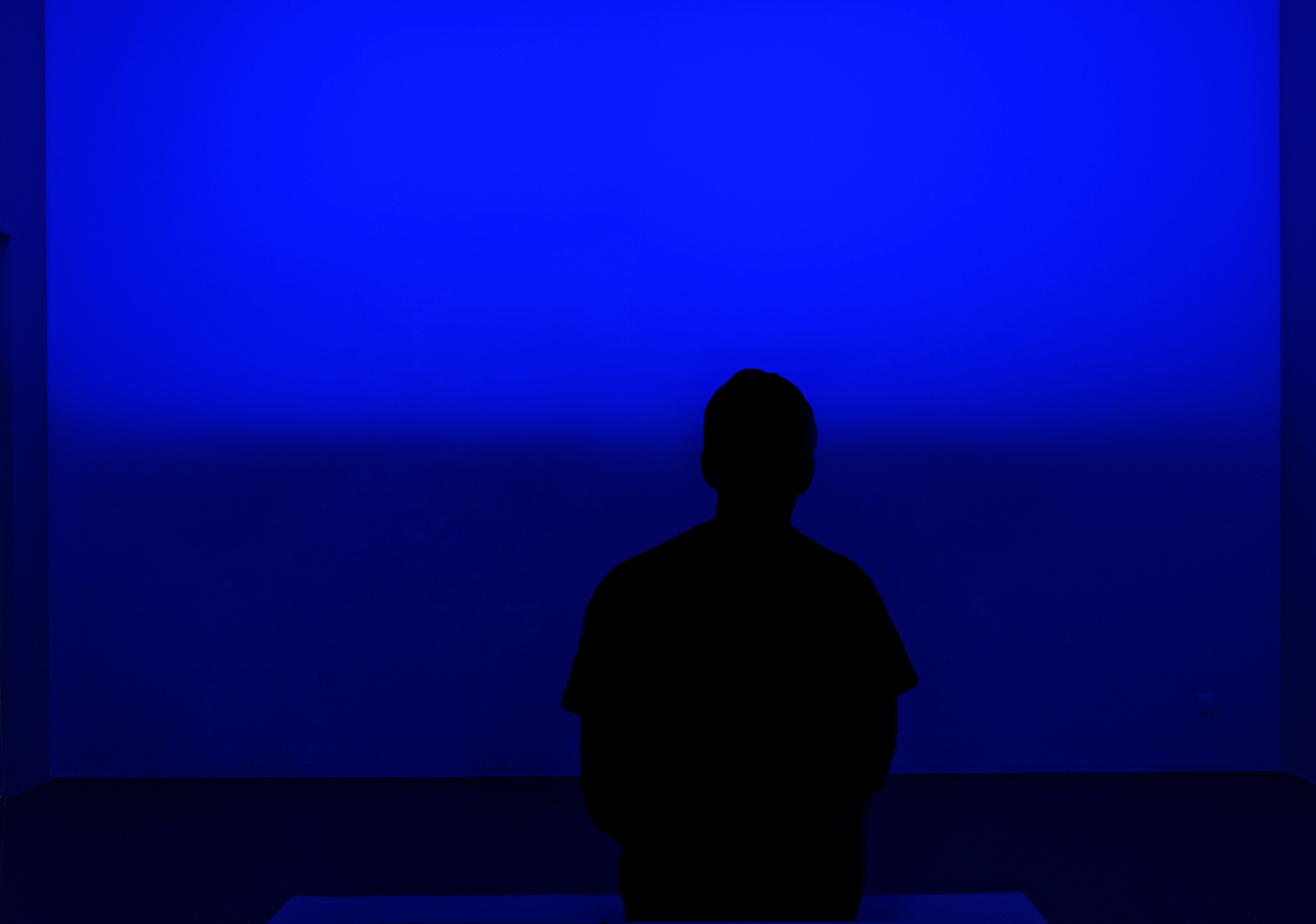 Dimitri Mallet, born in the South of France in 1983, situates his research between the limits of various physical aspects of cognition and those of social construction. Often referring to minimalism and conceptual heritage, Dimitri Mallet initiates a continuous mental dialogue with his viewers, where the artist is the one who highlights paradoxes, and reverses the syntax of common perception and self-knowledge as a general concept.

His work exists as an antithesis to rapid vision, thus to overwhelming visual consumption. The artist attempts to establish sensitive systems of measurement in exhibition spaces that question the condition of the viewer, their relationship to the work of art, to the context, to the space, to others, and more broadly, our attitude towards silence, emptiness and contemplation.

Sergio Carvalho, born in 1981, is a DPLG architect. He runs the Luxembourg architecture office 2001 with Philippe Nathan. The office deals with the design and construction of architecture in line with contemporary economic, cultural and social contexts. It is concerned with providing sensitive and thoughtful responses to the problems posed, on the scale of territories, cities, buildings and installations. Alongside his activities as an architect, Sergio Carvalho is active in artistic creation and education, notably in the creation of plays, scenographies and installations. The non-profit organisation Canopé, in which he is involved, aims to produce and distribute cultural events, live performances and audiovisual works, and encourages the involvement of actors from different socio-cultural and professional backgrounds. Its work has received several awards and has been published in physical and digital formats at national and international levels.

Among his recent constructions and projects, we can mention: the M(J)P, a youth house with variable geometry (Differdange), winning project at the Luxemburg Architecture Awards 2019; UTOPISTAS - An Everyday of Earthly Delights, cultural programs and activities, MUDAM in 2019, ARCHITECTURE REDUX, 2018, construction of a prototype of a low-cost suburban house (Dudelange), finalist project at the Luxemburg Architecture Award 2019.