This International Puppet Theatre Festival, bringing together companies from all over Europe, offers an excellent opportunity to discover and share cultural diversity. Puppetry and puppet theaters can be found all over the world. There is barely a country where this art does not exist, and almost every topic and subject has been presented on puppet stages. This type of play has been used since ancient times in order to tell stories and spread news. Goethe's Faust, for example, is based on a story that was performed as a puppet show at fairs. Puppet theatre is an interesting way of getting to know other countries and their culture. Often these plays are performed without text and this helps to overcome language barriers. Lasauvage, a lovely village in the south of Luxembourg, with its puppet theatre Poppespënnchen, its green areas, church and mines, is the perfect location. The themes of the festival are: From Orpheus to ‘La Sauvage’: European legends from past to present and: La Sauvage (the wild woman), European legends of nature. 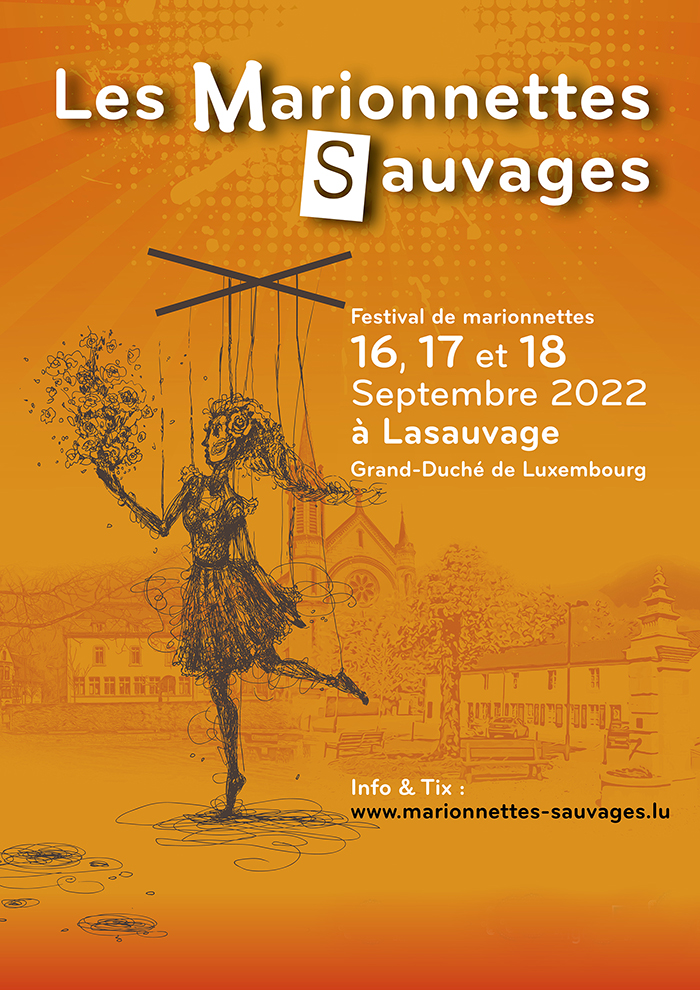 2016
As in the following years, the season ran from March to the end of the year
Start of cooperation with the "Kaspibom" theater (Lux)
First puppet theater performance for adults with the Hohenloher Figurentheater (De) and the play "The Visit of the Old Lady" by Dürrenmatt.

2019
Expansion of the program through the cooperation of other French-speaking and German-speaking theaters.

2020
The planned start of the season in mid-March postponed to September due to the Covid crisis.
During the lockdown and after, puppet theater livestreams were broadcast with the support of the Luxembourg Ministry of Culture.