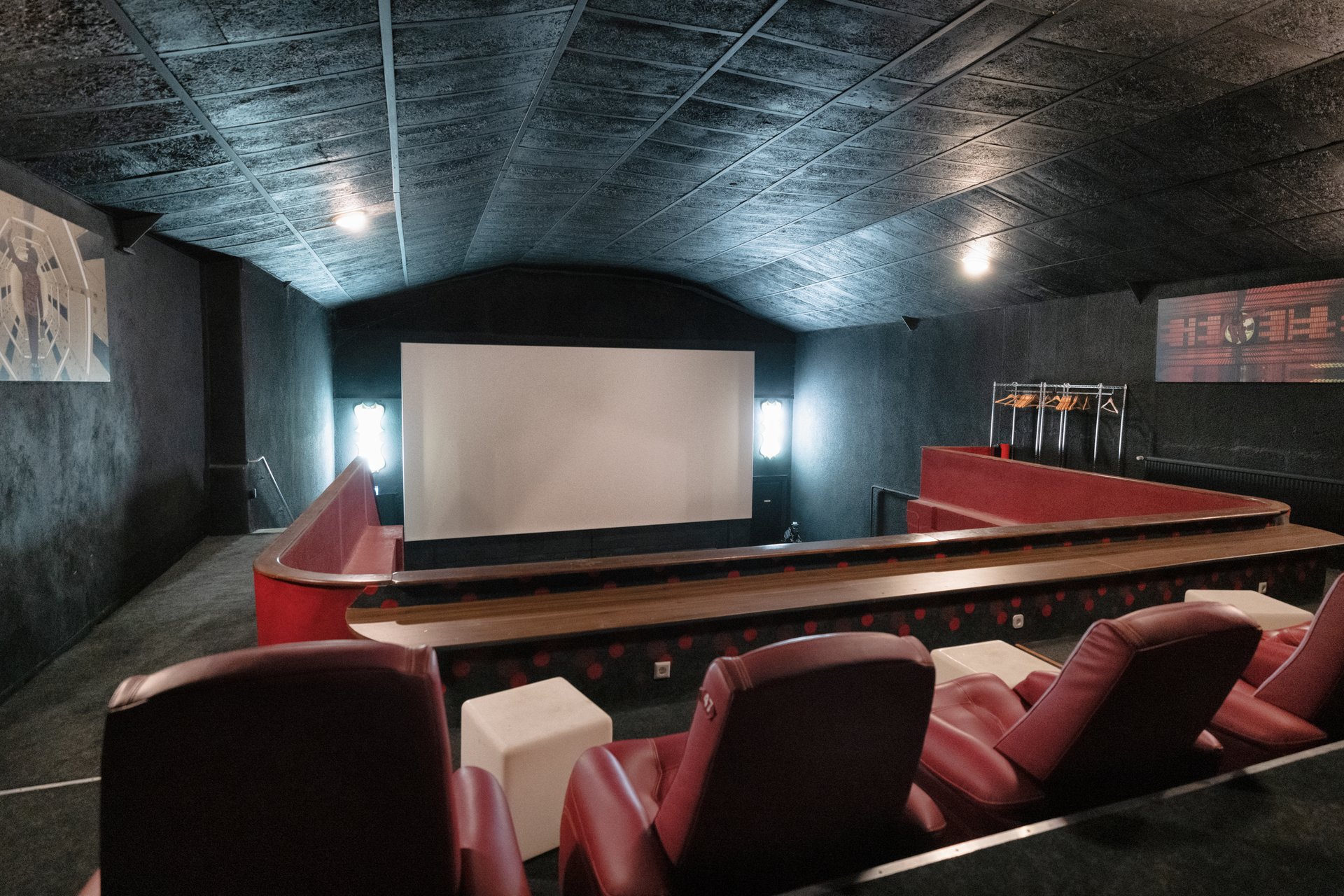 “Ciné Kursaal” – The oldest cinema in the country

The “Ciné Kursaal” is the oldest cinema in Luxembourg and is located in Rumelange. It has been active almost without interruption since its creation in 1908. For our night out at the cinema, we decided to take a closer look at this Luxembourg film institution.

We never miss a movie. And no new online streaming services will ever change that. With its red seats, oversized screen and all-encompassing acoustics, a cinema exudes an atmosphere that you just can’t do without.

So, we decided to try a new cinema and went to the “Ciné Kursaal” in Rumelange and were really happy that we did, because the evening we spent there was more than a night at the cinema. It was an experience in itself.

Shortly before the film, we made a small detour through the secluded “Parc de la Fenderie”. We walked straight to the old “Ciné Kursaal” building, and couldn’t believe it at first. At first glance, the building seems rather unimpressive. But once we entered, we were immediately engulfed by the atmosphere of a traditional cinema. The lobby furniture recalled the charm of the 1950s: speckled linoleum floors, simple dark wooden chairs and an old ice box remind you of movie nights now long gone. Flat screens on the walls and modern movie posters blend into the atmosphere.

The cinema started out in 1908 as a simple inn. Rumelange had just been officially declared a town when innkeeper Jean Strum-Muller added a ballroom and theater to his tavern. Little by little, the room was enlarged and used for film screenings with great success.

Four years later, the space was finally converted into a cinema and has been operating continuously since then. The only closure was during World War II, in 1940, when the hall was out of service for a few weeks. This was when all the buildings in the “Rue des Martyrs” were destroyed by French artillery fire and the cinema was the only one spared.

After the war, the cinema entrance hall was rebuilt and its technology whipped into shape again. As films were enjoying increased popularity at the time, another cinema, the “Palace”, opened in Rumelange. From then on, locals have made the distinction between the “old” and the “new” cinema.

Continuous adaptation to the latest technology

We took a few tasty snacks and drinks in with us and were still wondering what to do with all the containers when we found we were already in the auditorium. It took our breath away. We were overcome by the atmosphere.

The rows of seats were arranged with plenty of space, and we were glad of the freedom for our long legs. We then took a good look around the space, taking in every detail. The auditorium wasn’t excessively big, as this isn’t necessary for a small town like Rumelange. This made it feel pleasantly cosy right away. We had booked two great seats in the balcony. We peered over the balcony railings and saw that the seats below weren’t bad, either. People could stretch their legs comfortably there, too, and were seated in beige armchairs.

After a brief decline in attendance in the 1960s, the projector room was modernized in 1987: film screenings haven’t required human intervention since then. The “Ciné Kursaal” was Luxembourg’s first automated cinema. Visitor numbers have risen steadily since 1991, eventually quadrupling.

This has to be due to the fact that Raymond Messrad’s family business is very flexible. The line-up includes not only current movies, but also niche productions and classics. They also often show premieres, and there’s something for children, too. They can celebrate their birthday at a public film performance. If you prefer a little more privacy, you can even book a private screening, maybe even for your own holiday movie with the whole family.

Anyway, we had a great evening and lots of fun. We chose an amusing comedy movie called “The Gentlemen” and had a fantastic evening.

Winter atmosphere at the castle of Sanem