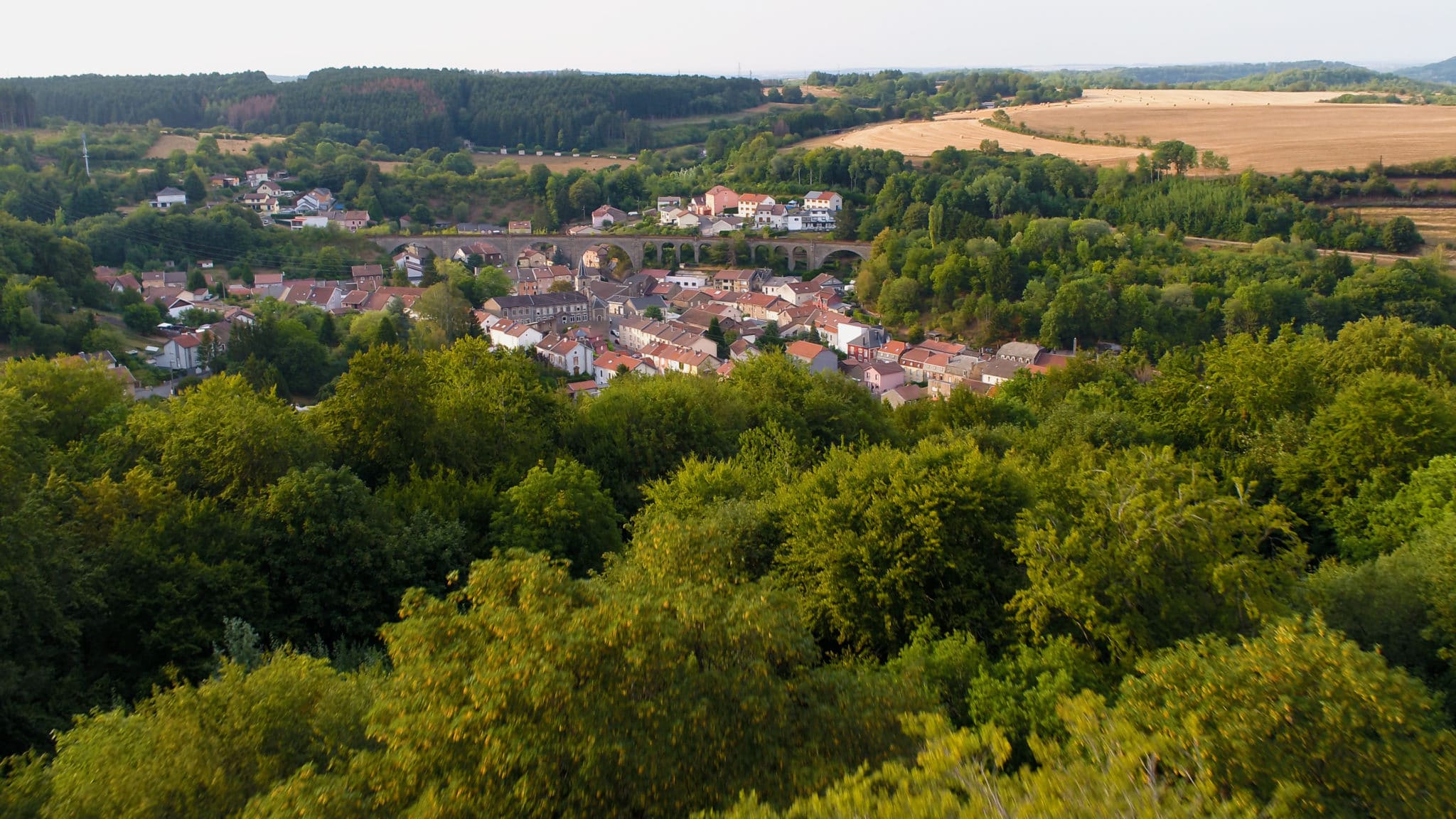 Thil (1,905 inhabitants, 3.32 km2) was called Hilde-sur-Alzette until 803 and it belonged to the seigneury of Audun (County of Longwy) in the thirteenth century. After the Thirty Years’ War, the first wave of Anglo-Saxon and Germanic immigrants came to Lorraine. Thil became French again before 1789.

The inhabitants of Thil erected a cross between Thil and Villerupt after a cholera epidemic raged in Pays-Hauts around 1850.

At the end of the nineteenth century, the rural community grew thanks to the growth of the steel industry. In 1901 Thil had a population of 2,069 whose lives were shaped by the mining activities at the blast furnaces of the foundries on the Micheville site.

Today, the mine workers’ settlement in Thil reminds us of this strong industrial activity. Recognised as a concentration camp in 1949, Camp de Thil-Longwy became a national necropolis in 1984. In 1945, the inhabitants of the municipality built a crypt containing the incinerator, the only remnant of the camp, and a model of the site. The iron sculpture “Le Déporté” has stood in front of the building since 1978.

Completely renovated, the entrance to the Mines of Tiercelet, and the tunnel testify to the steel past of the Pays-Haut