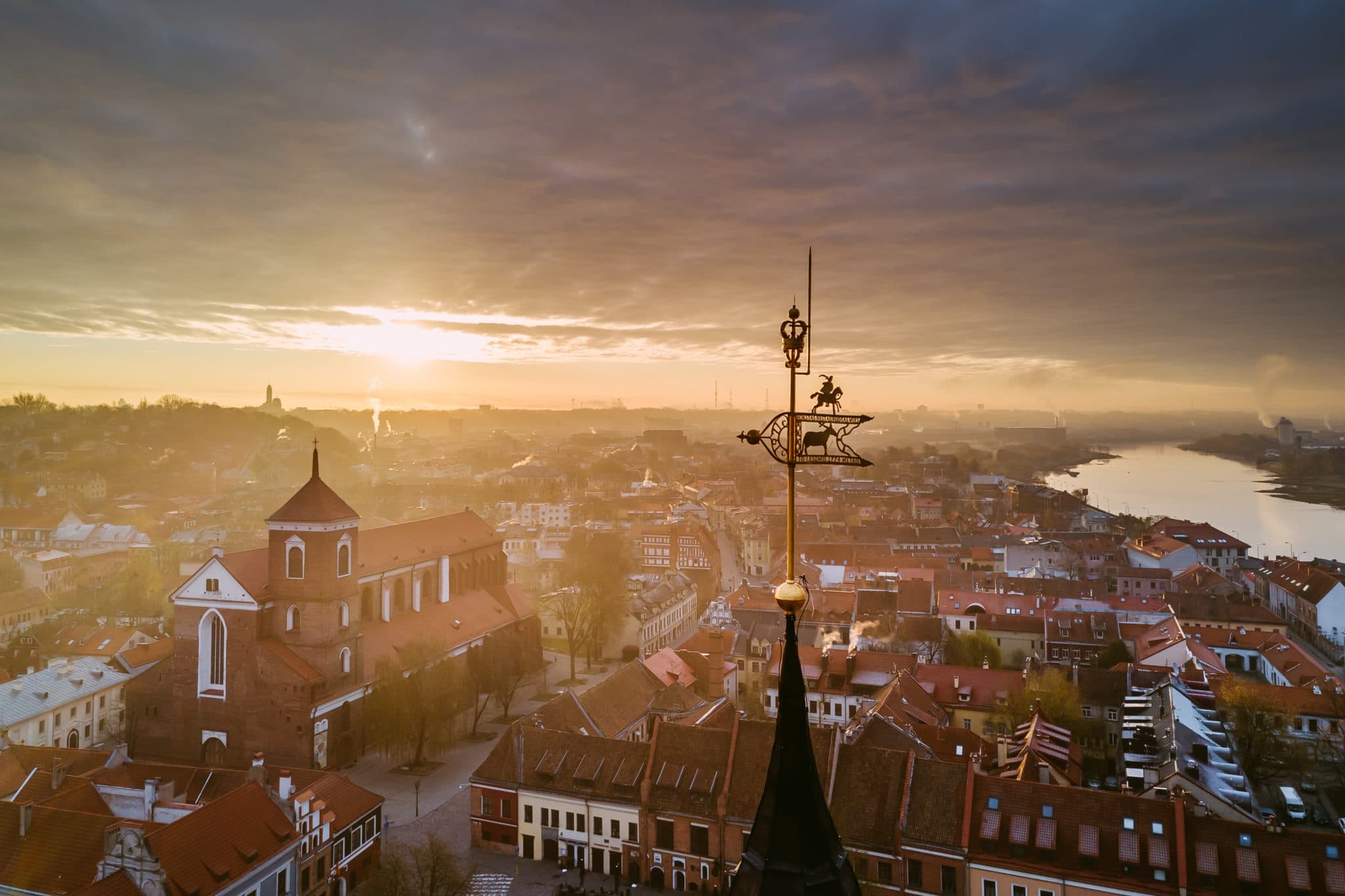 In addition to Esch-Alzette, two other cities were awarded the title of “European Capital of Culture” for the year 2022, joining the more than 60 cities that have been granted this prestigious title to promote the richness of diversity and multiculturalism.

Esch2022 is in close contact with the two other cities and is notably developing parts of its programme in partnership such as encounters in museums and theatres and the development of joint festivals.

Through these partnerships, we aim to bring populations, cities and countries closer together through culture. Europe should continue to grow together.

Kaunas – European Capital of Culture 2022. From temporary to contemporary.

The city of Kaunas (Lithuania), designated by the European Commission as the second European Capital of Culture for 2022, is the “twin” of Esch-Alzette. When Kaunas unexpectedly became the temporary capital of Lithuania in 1919, this status became the source of creative energy, even if only temporarily.

In collaboration with renowned artists from around the world, communities are designing symbols for their neighbourhoods for 2022, making street art, doing exhibitions, planting their courtyards, dancing, exploring the unique flavour of local areas. Kaunas is already called the city where you can’t avoid culture. In 2022, locals and guests will be surprised every weekend with an impressive international cultural event. In addition, there are hundreds of smaller events throughout the year.

Another highlight – the Mythical Beast of Kaunas. The creature will invite everyone on a personal journey of self-discovery. The mythical trilogy begins with the awakening of the Beast (20-22 January 2022), meeting it face to face (20-22 May 2022), and signing a treaty of friendship with the city, its neighbour, and itself (25-27 November 2022).

Novi Sad is one of the first cities outside the EU to be named European Capital of Culture. The main idea of the program narrative “For new bridges” becomes more visible every day, with the aim of leaving solid legacies that improve the cultural image of the city: new programmes, new processes, committed people (citizens, cultural institutions, associations, organisations, artists) and finally new places for culture. So the vision of the project is: ‘The beginning of the new. Now!’