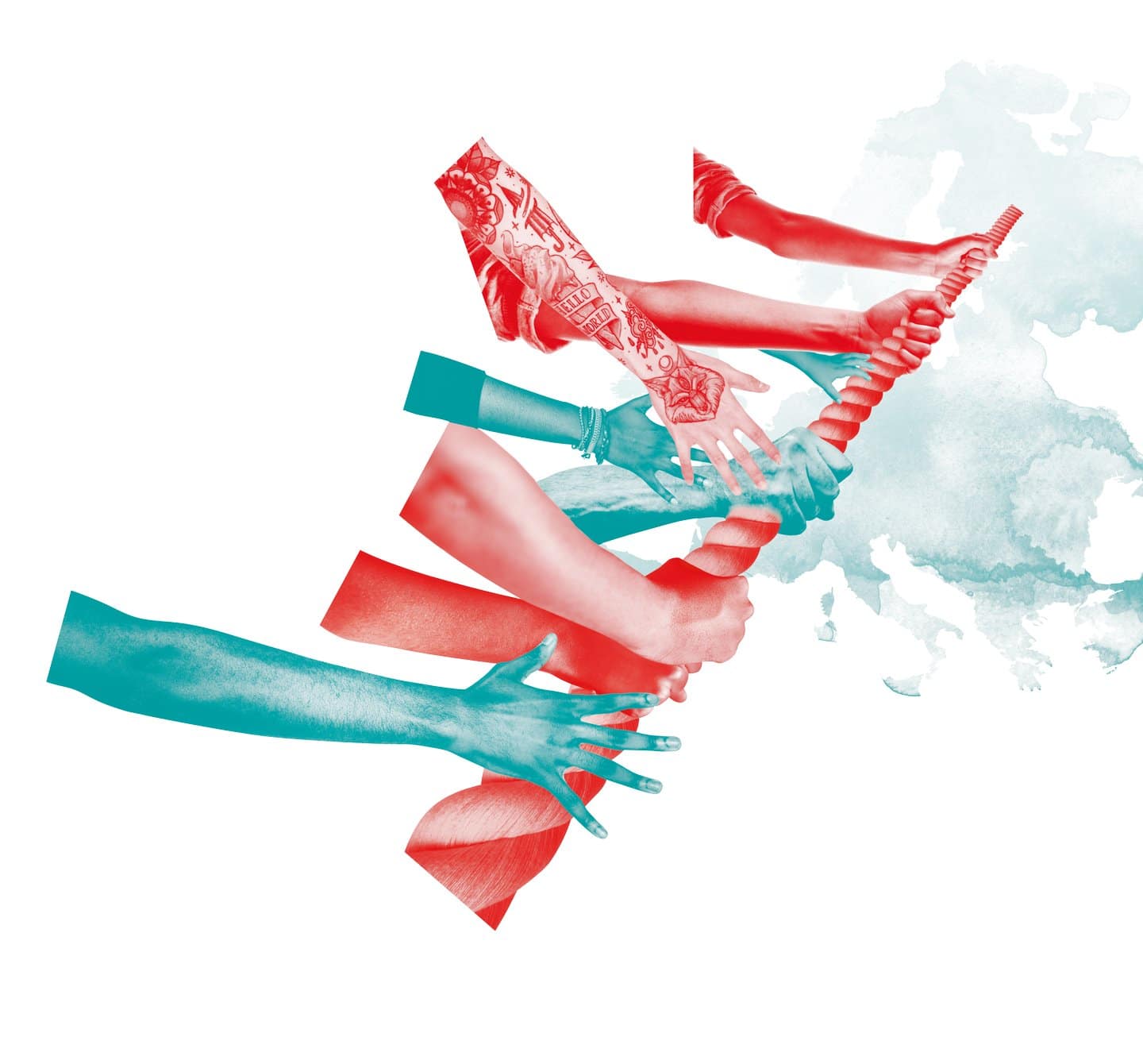 The term “Europe” not only refers to a geographical definition, but to political, economic and cultural coexistence. It means overcoming boundaries and creating spaces of opportunity. The European idea has a very special meaning for the European Capital of Culture 2022 project as well as for the region: as a border region, it is commonplace for residents of the region to cross borders between France, Belgium or Germany – freely and without controls. As a melting pot of cultures and nations, also due to many immigrants during its time linked to the development of the steel industry, multiculturalism and multilateralism are an integral part of coexistence and regional identity.

Culture as a transformer

The European Capital of Culture project fulfils several dimensions by promoting the development of the Minett at the regional level and, at the national level, Esch2022 represents the largest cultural project of the entire year in Luxembourg, bringing the region and the entire country to the centre of international attention. And, of course, Esch2022 has a significant European dimension, creating the opportunity to present fundamental European values and visions in a new light through art and culture, and to showcase the dynamism of the southern region, including its specific cultural and natural heritage, beyond its borders.

“REMIX Europe” as a theme

One of the key themes of this European project is „REMIX Europe“. The project is intended to challenge the European idea, to carry it even further and deliberately focuses on enabling and promoting transnational projects and partnerships. Esch2022 brings together numerous artists and institutions from all over Europe to provide a platform for the diversity of European cultures in their many artistic disciplines to come to life.

The partnerships with the two other European partner cities Kaunas in Lithuania and Novi Sad in Serbia, with which numerous joint projects have already been initiated, is significant in this respect.

Partnerships with other European countries

An artistic reflection on the subject of the digital revolution, unprecedented in Luxembourg, will be carried out with internationally renowned partners: ZKM – Centre for Art and Media in Karlsruhe is an institution that has been pursuing its mission since 1989 to promote understanding of the world and the technologies that define it, and to raise public awareness of the issues and problems of our time.

Esch2022 also collaborates with the House of Electronic Arts – HeK Basel, the public centre in Switzerland that supports creative and artistic discourse on the aesthetic and socio-political consequences of digital technologies.

The partnership with Ars Electronica in Linz, a renowned platform for art, technology and society founded in 1979, is enabling the development of an interactive laboratory for the general public.

For “REMIX Europe” the team has teamed up with the Luxembourg partner Historical Consulting. Historians and curators Pit Péporté and Sophie Neuenkirch are currently developing an exhibition on the perspectives of contemporary Europe with Dutch designers Tinker Imagineers.

Esch2022 stands for networking of people and institutions and active participation – as many as possible should be part of this great project. Numerous other projects are at the planning stage, initiated with partners from all over Europe. To get all the latest news on our diverse projects and partnerships, subscribe to our newsletter and follow us on our social media channels!